Oh, dear. The Alec Baldwin stalker case continues to develop and the emotional woman accused of harassing the actor has just been jailed for contempt. 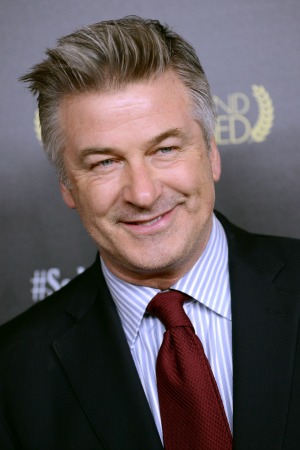 Many Hollywood greats have crazed fans who become obsessed with them and Alec Baldwin is no exception.

The difference in this situation though is that it was reported that the 30 Rock star was actually involved in a sexual relationship with his alleged stalker, Genevieve Sabourin.

The 41-year-old woman who is on trial for stalking and 24 counts of harassment, reportedly sent Baldwin more than 100 emails, incessant tweets and even tried to convince him that she was pregnant with his baby.

The harassment continued until Sabourin was arrested outside Baldwin’s home in April after violating a restraining order.

Yet, even after racking up numerous charges against herself, the alleged stalker was not ready to back down during her trial and has now been found in contempt and sentenced to 30 days in prison for heckling Baldwin multiple times during the proceedings.

The Rock of Ages star testified against Sabourin on Tuesday in Manhattan, New York, saying his alleged stalker has caused turmoil and great grief in his life, which led to him breaking down in tears.

According to TMZ, Sabourin claimed she had been having a sexual relationship with the 55-year-old actor, which started after they went on a dinner date in 2010.

Baldwin insisted that this course of events never happened, which deeply angered Sabourin, who shouted, “Really?” and accused the actor of having a “lying disease.”

The theatrics continued as Sabourin screamed, “I gotta prove that I had a sexual relationship. I didn’t do anything wrong. He’s lying! He’s lying!”

She later said, “You have a scar!”

The judge Robert Mandelbaum repeatedly warned the Canadian actress she would be removed from court if she continued to interrupt the proceedings, telling Sabourin, “Don’t testify from your seat at the defense table while the witness is on the stand.”

Being found in contempt of court means that Sabourin could spend the remainder of the trial in jail. She commented on the situation, saying the trial has made her, “a person who is totally exhausted, humiliated, beat up, destroyed, alone.”

“My life is shattered in pieces,” she said.

It is reported that Baldwin’s wife and new mother Hilaria Thomas testified about the difficulties that Sabourin has caused in her marriage, including the constant harassment from the actress on Twitter.

Thomas told the court, “It feels like there’s nothing we can do to make this stop. I am terrified of her.”

The ever gracious Baldwin exited court on Tuesday telling reporters, “I hope you choke to death,” and now the court case continues…