Did Ryan O’Neal have sticky fingers just days before Farrah Fawcett’s death? That’s certainly what the University of Texas alleges. 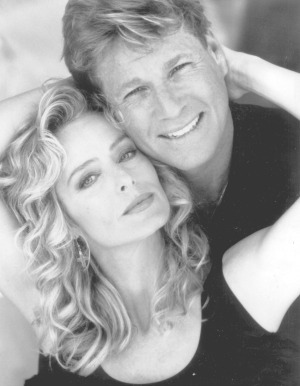 Farrah Fawcett has been gone since 2009, but her estate has not been settled thanks to a lawsuit between longtime partner Ryan O’Neal and her alma mater, the University of Texas. The 72-year-old actor is being sued by the university over the alleged theft of her Andy Warhol portrait.

Her school claims that the former Charlie’s Angels star bequeathed the piece to the institution in her living trust. Fawcett died from cancer at the age of 62.

When the paintings were delivered to Texas, it was discovered that one of the Warhol portraits was missing. In fact, they found it hanging in O’Neal’s bedroom.

The Love Story actor insists it was left with him for safekeeping as a part of an inheritance for their son, Redmond. Complicating the entire matter is the fact that the couple never married and they had an on-again, off-again relationship for years.

The duo had a dramatic falling out in February 1997 when Fawcett caught her boyfriend in bed with a younger woman. They broke up, but the Warhol portrait stayed with the actor for another year before it was returned to The Burning Bed star.

Ryan O’Neal has cancer for the second time >>

In court, O’Neal talked about what happened with the valuable artwork.

He said, “The reason I gave it to her is because there was a new woman in my life and the painting was making her uncomfortable; that Farrah seemed to be staring down at her. And so I said, ‘Well, I can fix that.’ I took it to Farrah and said, ‘Keep this for me. I’ll be back.'”

When Fawcett was dying of cancer, it is alleged that the actor removed it from her apartment in Los Angeles. He admits that he was “jarred” by the fact that the university was getting her expensive collection after she passed away.

Yet, he explained he was okay with her final wishes.

O’Neal said, “But I didn’t mind. If that’s what she wanted to do, that was fine, with the exception of the Warhol, which she knew was mine.”

Adding a possible thorn in the star’s side is Greg Lott, Fawcett’s college boyfriend and her partner at the end of her life. He is expected to testify against O’Neal because he knows what happened in that apartment in her final days.