The Crazy Ones finally introduces viewers to the third named partner of Simon and Sydney’s firm when Brad Garrett assumes the role of Gordon Lewis and Sydney is charmed by a famous commercial character played by Ed Asner. 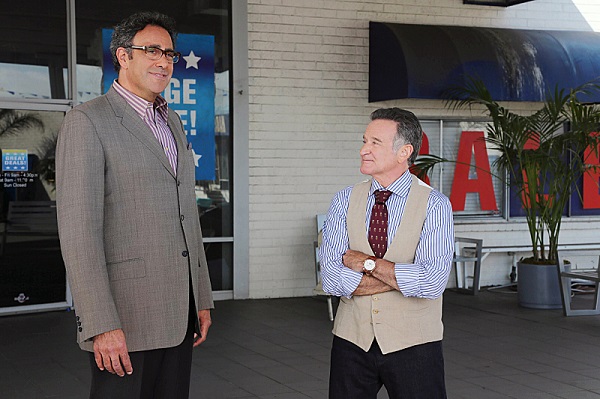 The Crazy Ones hasn’t shied away from high-profile guest stars and on tonight’s episode, “The Stan Wood Account,” two members of comedy royalty will be visiting the talented ensemble cast.

The “Lewis” in Lewis, Roberts and Roberts has been a mystery until now. Not only does his name fall first on the company letterhead, but Gordon Lewis will take the form of none other than Brad Garrett.

4 Roles James Wolk would be Crazy to pass up >>

Lewis pays his father/daughter Roberts partners a visit when he feels it’s necessary to force Simon (Robin Williams) to give up his very first client because the business is clashing with another of their clients.

Simon may be small in stature, but he has a big ego. How will he take that news? Watching is the only way to find out.

If Brad Garrett plays Lewis, one wonders if that means his role will be recurring. Best known for his long-term role on another CBS hit, Everybody Loves Raymond, it would be a boon to have him back in the family. Garrett’s most recent role was on How To Live With Your Parents for the Rest of Your Life starring Sarah Chalke on ABC which was canceled after one season.

Robin Williams’ best TV roles before The Crazy Ones >> 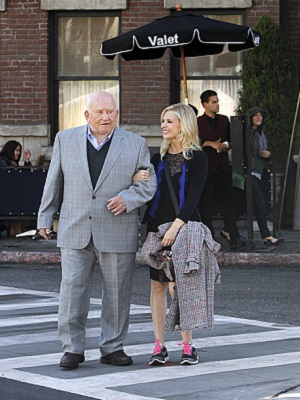 It’s difficult to speculate on what “Mr. Finger” could possibly mean, but not to imagine Sydney (Sarah Michelle Gellar) finding him irresistible.

Asner has had a long and distinguished career in the arts, most notably on The Mary Tyler Moore Show and its spin-off, Lou Grant.

The Crazy Ones‘ lucky charm >>

In later years he has had significant roles in movies such as Santa Claus in the Christmas classic Elf and the voice of Carl Fredricksen in the Academy Award-nominated animated feature Up.

Be sure to tune into The Crazy Ones tonight on CBS at 9/8c.