Angelina Jolie has emerged from the shadows for Disney’s Maleficent. The studio’s released a teaser trailer giving us a sneak peek at the mysterious figure. 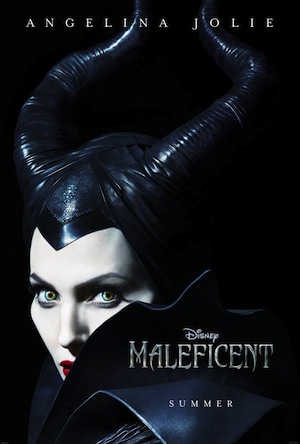 Angelina Jolie is taking Disney by the horns. The Oscar-winning actress plays the title character in the studio’s upcoming release, Maleficent. Most of us know the character for her appearance in the classic tale of Sleeping Beauty. But this time, we’ll get the story from a different perspective.

Maleficent follows a young girl, whose pure heart turns to stone after her kingdom is threatened. We’ll discover Maleficent wasn’t always the evil sorceress we’ve grown to know and fear. She started out as an innocent, whose hope was shattered when she suffered an act of betrayal.

She eventually became a warrior who chose to protect her people by any means necessary. Her biggest opponent was the invading king’s successor. In order to gain the upper hand she placed a curse on his daughter, Princess Aurora (Elle Fanning).

Years later, Maleficent realizes this “sleeping beauty” may be the key she’s been looking for. In the teaser trailer, we see a very kind and naive Princess Aurora. She’s always been aware of a lingering presence in her life. She’s always felt it, but never faced it head on. Princess Aurora makes the mistake of courting Maleficent and forcing her out of hiding.

Watch the teaser trailer for Maleficent below: