Are you tired of families being represented by reality TV where mediocrity and inappropriate behavior rules the day? Families are as unique as the people in them, and TV shows that represent your family and your parenting exist. You just have to open your mind a bit and know where to look. 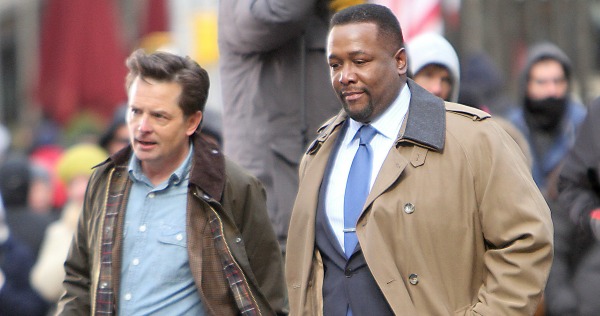 It makes sense that the guy who made his mark in entertainment as Family Ties‘ smart, conservative bookworm, Alex P. Keaton, would start a family television series of his own. Michael J. Fox revealed he had Parkinson’s in 1998 (though he was diagnosed in 1991) and shifted his focus to Parkinson’s research and awareness. In his new family sitcom, art imitates life. Fox plays news anchor Mike Henry who returns to work after a five-year sabbatical spent with his family and taking care of his health after he’s diagnosed with Parkinson’s. This show has a lot to say when it comes to a family banding together to face adversity through humor and heart.

Not everyone will align with the families of Modern Family, but this show teaches us a lot about how the love of family, regardless of how that family is structured, can overcome challenging family dynamics. That’s a really pretty way of saying that Modern Family shows us that families come in all shapes and sizes, we’re all wildly dysfunctional in our own special way and yet loving each other in spite of our shortcomings is what makes a family. Regardless of where you stand on traditional families, we defy you to watch this show without finding yourself relating to one of the storylines.

We need all the straight-laced parents to look away for a second because we need to speak to the families out there who parent through inappropriate humor and who relate to one another in a less conventional way. The Millers is for families with older children and definitely for families who can laugh at themselves. When kids and parents divorce at the same time, and parents move back in with adult kids, how can it be anything other than funny and inappropriate?

Family programming today is less about Leave it to Beaver and more about doing the best with what we have. Our beloved Jack from Will and Grace is back as Sean — a single, gay dad. Sean Hayes, in Sean Saves the World, has recently gained custody of his teenage daughter and (oh goody!) his loud-mouth, abrasive mother is here to help. The common thread throughout these shows is humor and laughter, something every family needs in abundance, and you’ll find plenty of it on this show.

What That ’70s Show did for the ’70s, The Goldbergs is here to do for the ’80s. This is from an era where parents were a little less concerned with things like “feelings” and “I statements” and more about trying to raise kids that didn’t grow up to be “morons.” Not only is this show a hilarious throwback for those who were raised during this time, it offers a few timeless gems when it comes to parenting.