On the next all-new episode of Trophy Wife, Dennis Haysbert will pay a visit as a fellow chaperon on a school field trip and get caught up in Kate’s shenanigans. 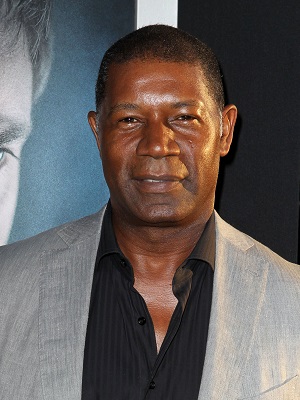 Up to this point, Trophy Wife has been standing on the merits of its own very strong cast. That’s about to change.

TV Line exclusively reported that Dennis Haysbert will make an appearance on the next episode of the series as Russ Bradley Morrison. Wondering how big of a role the distinguished actor will play? The episode is named after the character.

Trophy Wife is a winner >>

According to TV Line, Russ Bradley Morrison will be a straight-laced gentleman who will accompany Kate (Malin Akerman) on a school field trip as a chaperon to a museum where he’ll become the victim of one of her matchmaking schemes.

Given the description of Mr. Morrison, it seems pretty easy to guess who Kate will try to set up with him, doesn’t it?

We can forget her best friend, Meg (Natalie Morales), as his straight-laced nature and her free-wheeling demeanor would most certainly clash.

What about Pete’s (Bradley Whitford) second wife, Jackie (Michaela Watkins)? Nope. While her heart usually ends up in the right place (her chest!), she’s a bit of a dingbat and Kate has a good head on her shoulders. She wouldn’t want to make an enemy out of a fellow parent, and would probably rather make a good impression.

That leaves Pete’s first wife, Diane (Marcia Gay Harden). She is not only conventional and set in her ways, but if Kate thinks she can get on Diane’s good side by putting the two together, she won’t hesitate to make her move. Even if it ends in disaster.

Dennis Haysbert is best known for his turn as President Palmer on the Fox series 24 and his frequent pitch work on commercials for Allstate Insurance. That voice!

There is no word on when the episode will air, as Trophy Wife will be preempted for a David Blaine special next week. Trophy Wife can regularly be found on Tuesdays at 9:30/8:30c.