Twenty-two episodes here we come! The CW is putting faith in its freshman series and ordering full seasons of The Originals, Reign and The Tomorrow People. 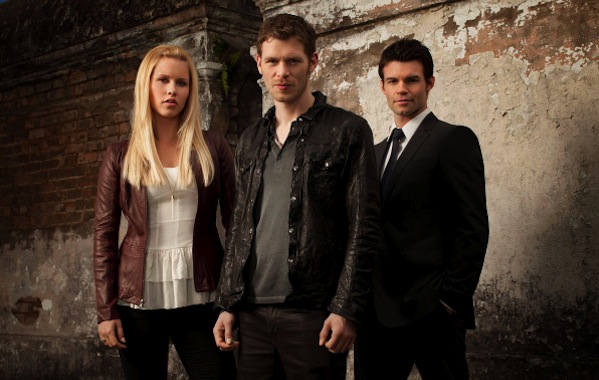 The CW announced Monday that its freshman series The Originals, The Tomorrow People and Reign had all received back-nine orders, which means full seasons for the shows this year.

The Originals is a spinoff of The Vampires Diaries and follows Klaus (Joseph Morgan) and his original vampire family as Klaus tries to regain his power in New Orleans. The Tomorrow People is about a group of young adults who discover they have advanced genetic abilities. Finally, Reign tells the story of teen queen Mary, Queen of Scots.

Top 10 reasons The Tomorrow People is heating up >>

While The Originals is clearly the breakout star among the pack of new shows, The Tomorrow People and Reign are both putting in solid performances, gaining in ratings and viewers.

“We’re excited about the creative momentum the producers have established for all three of our new series, and our fans will have the chance to see the full stories unfold for them this season,” said CW president Mark Pedowitz according to Variety.

Just after the news was announced, Joseph Morgan who plays Klaus on The Originals tweeted his excitement.

Robbie Amell, who stars as Stephen in The Tomorrow People, gave a thank-you to fans.

The Originals‘ Leah Pipes reached out to her fellow CW stars.

As did Reign star Adelaide Kane.

Pedowitz also said, “With the additional episodes ordered, plus two new dramas and new reality for mid-season, we’ll be able to continue our commitment to adding more original programming all year long.”

The CW has new dramas The 100 and Star-Crossed coming soon.