Liam Hemsworth was spotted with a new woman as soon as he and Miley broke up, but it looks like that relationship was short-lived. He’s now enjoying being single for the first time in years. 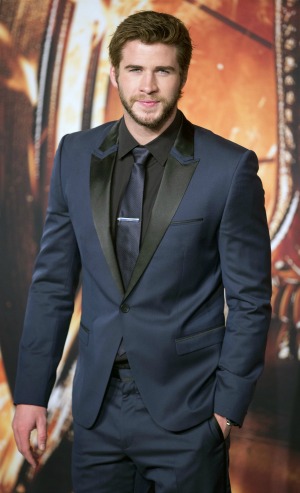 For as much as we hear Miley Cyrus share every single thing about her life, it’s easy to forget that her ex-fiancé Liam Hemsworth shares very little about his. The actor finally decided to open up about his feelings for Cyrus, and his rumored relationship with a new woman.

Hemsworth is out promoting his new film The Hunger Games: Catching Fire and was asked about his current relationship (if any) with ex Miley Cyrus, but was a little less than forthcoming.

“I’m extremely happy for all of her success,” he told Extra.

Could that answer be more generic?

Hemsworth and Cyrus split after years together, and a 16-month engagement, but they’re now out doing their own things. Cyrus is making waves on all kinds of different fronts, the most recent being her pot-smoking appearance at the MTV European Music Awards. And Hemsworth’s career is as hot as ever. Catching Fire is one of the biggest movies of the season, and he’ll be out promoting it for the next few months.

As for rumors he was dating Mexican pop star Eiza González after the two were spotted kissing just days after the Cyrus split, Hemsworth said that relationship is definitely over.

“I don’t have a lady at the moment,” he said, according to E! News.

“Who knows? I don’t want to count anything out,” the 23-year-old joked. “She’s a wonderful woman, very strong woman.”

Hemsworth’s comments come more than a month after Cyrus first talked about the end of the relationship, and her new single life.

“I keep saying I’m the happiest I’ve ever been, and that’s not even a dig,” Cyrus told Ellen DeGeneres on Oct. 11. “That’s just me, because I really am genuinely happy finally with myself, which I think sometimes it takes you separating yourself from someone else to really be happy with who you are.”

The Hunger Games: Catching Fire will be in theaters Nov. 22.