Emma Thompson has finally decided to forgive the woman who had an affair with her husband and led the actress down a hurtful path of divorce, and you know this woman — it’s Helena Bonham Carter! 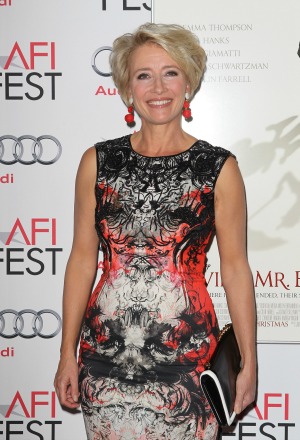 You can’t hold a grudge forever and Emma Thompson has finally decided to forgive the woman who destroyed her marriage.

And the woman is none other than fellow actress Helena Bonham Carter, who allegedly had an affair with Thompson’s ex-husband, Kenneth Branagh.

It was rumored in 1994 that Bonham Carter and Branagh had been involved in a steamy affair on the set of their movie, Mary Shelley’s Frankenstein, and the affair was what caused Thompson to file for divorce and end her six-year marriage to Branagh.

However, after years of silence the Love Actually actress has since moved on with her life and no longer harbors any ill feelings toward Bonham Carter, who has been in a relationship with director Tim Burton for 12 years.

Thompson revealed to the Sunday Times newspaper: “You can’t hold on to anything like that. I just think… pfft. It’s pointless. I haven’t got the energy for it. Helena and I made our peace years and years ago.”

“Oh, we are [alike]. Being slightly mad and a bit fashion-challenged. Perhaps that’s why Ken loved us both. She’s a wonderful woman, Helena.”

In fact, the heartbreak Thompson endured all those years ago has helped the Academy Award-winning actress to flourish in her career.

Thompson added, “I’ve had so much bloody practice at crying in a bedroom, then having to go out and be cheerful, gathering up the pieces of my heart and putting them in a drawer.”

Luckily, this story has a happy ending because the Sense and Sensibility actress is now happily married to her co-star Greg Wise and the pair share two children together — 13-year-old daughter Gia and an adopted son, 26-year-old Tindyebwa Agaba.

It is good to see celebs take the moral high ground, isn’t it?