Don’t hate the Olsen twins for quitting acting. They’ve put a lot of hard work into making their fashion business an empire. 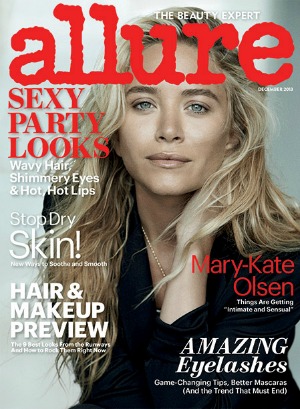 The Olsen twins may have quit the acting profession, but don’t slam them for choosing a career in fashion instead. In a new cover story for the December issue of Allure magazine, Mary-Kate and Ashley set the record straight.

They took the opportunity to address their critics who think they “have everything.”

Mary-Kate said, “I think people looked at us with the perception of ‘Oh, you just have everything. You can do whatever.’ [Strangers assumed we] had enough money to just do nothing — or why would we go to college? And it’s such an uneducated perspective! You still have to grow within business. You have to take a chance.”

Miley Cyrus is “obsessed” with the Olsen twins’ style >>

That’s exactly what the 27-year-old sisters did. Mary-Kate still occasionally acts. Her last film, Beastly, was released in 2011. However, Ashley quit the entertainment business altogether.

“I was reading scripts, and ultimately I just said to the people who were representing me, ‘I need to do things 100 percent. I don’t feel like I can give you 100 percent of my time,'” revealed Ashley. “There’s a lot of compromise in the entertainment industry. I can’t sit in this room and audition for this part.”

The Olsens probably made the right choice though. Their fashion empire, consisting of The Row and Elizabeth and James, is worth more than $300 million. They have also become the go-to designers for celebrities like Rihanna and Michelle Obama.

Even with impressive credentials like that, the twins are often insulted by questions from the media.

Mary-Kate explained, “We still get the question. The question of: ‘So do you like designing?’ ‘How involved are you?’ It’s not like you wake up one day and have a huge company with four or five different companies within the companies.”

Allure is featuring separate covers for the sisters, with the magazine splitting the two photos between newsstands and subscribers. The magazine will be out on Nov. 19.