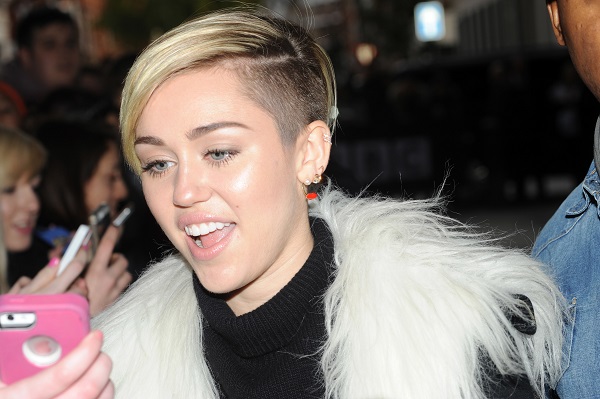 They say imitation is the sincerest form of flattery. But, what if the imitation isn’t so hot?

Twerking extraordinaire Miley Cyrus stopped by the BBC One Live Lounge this week and showed a little love for Lana Del Rey in the form of a cover, but was it worthy of praise? The Live Lounge is notorious for having their musical guests cover a recent pop hit. Those covers usually find their way onto YouTube. They also often end up illegally downloaded and become favorites for fans of the artist performing and of the musician being covered. Occasionally, though, those covers are flops.

When we heard Cyrus would be stopping by The Live Lounge this week, we were excited to see what the always-outrageous performer would do for the show. To many people’s surprise, she chose to cover Lana Del Rey’s current hit, “Summertime Sadness.” Here’s the end result:

Was it the best cover possible? That’s debatable. On the one hand, Cyrus shows just how much she’s been listening to the song by occasionally slipping into Del Rey’s accent instead of keeping with her own. That’s definitely something you tend to see more from fans than professionals. It was also technically sound: We didn’t catch any of the pitchiness often heard when Cyrus focuses more on performing and less on singing. However, one of the best parts of a cover is when an artist takes a song and rearranges it to make it their own. We still got Cyrus’ signature sound and the tune is stripped down considerably from the Del Rey’s radio edit. However, it’s nothing shockingly spectacular or unique to Cyrus. It’s no better than half of the other “Summertime Sadness” covers that litter YouTube.

Which makes us wonder: Is this recording offering us a truly fresh sound or perspective or is it special simply because it’s voiced by Cyrus? Is this a cover you’re ready to download or should it be deleted from our memories?