Kim Kardashian was pulled over on a Los Angeles freeway after attempting to outrun some photographers, again raising the question about how dangerous paparazzi are to the stars they are chasing. 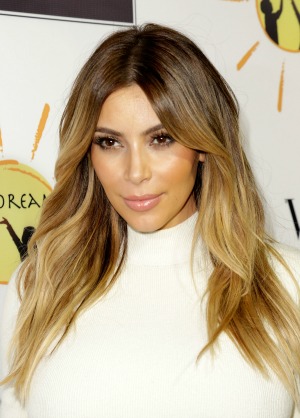 Kim Kardashian found herself in some trouble on Tuesday after attempting to outrun some paparazzi photographers who were reportedly chasing her. According to the California Highway Patrol, Kardashian was stopped around 1 p.m. on the 101 Freeway near Van Nuys Boulevard.

The reality star wasn’t the only one pulled over though. Three photographers’ cars were also stopped. But, according to the Associated Press, two of them left the scene before they were questioned by police. The third photographer got out and started taking pictures of Kardashian’s car, and was then cited for speeding and stopping in a non-emergency situation.

Kardashian hasn’t had many problems with the paparazzi, but her fiance Kanye West has long shared his feelings about them. He was recently accused of fighting with a photographer, but has pleaded not guilty in the case.

Numerous stars have shared their strong opinions about the reckless behavior of the paparazzi. California passed an anti-paparazzi law in 2010, but it was overturned in 2012 due to its constitutionality after being tested by an incident involving Justin Bieber. Halle Berry also championed a new anti-harassment bill, joining other actors like Ben Affleck and Jennifer Garner, to show the damage that can be caused by the paparazzi.

“My daughter doesn’t want to go to school because she knows ‘the men’ are watching for her. They jump out of the bushes and from behind cars and who knows where else, besieging these children just to get a photo,” Berry recently told ABC News. “We get into the car, and my daughter is now sobbing, and she says to me, ‘Are they going to kill us? Are they going to kill us?'”

The bill was passed back in September.

According to TMZ, the traffic incident involving Kardashian backed up traffic on the freeway. The actress was also cited for speeding.