Zac Efron’s year has had its ups and downs, but he suffered a setback over the weekend when he fell and broke his jaw. 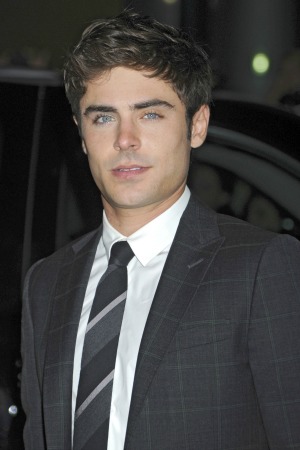 Zac Efron‘s beautiful face may never be the same. The actor broke his jaw on Sunday when he fell at home, according to People.

A source confirmed to the magazine that the actor slipped on a puddle at the entrance of his Los Angeles home and has had his mouth wired shut. He also received stitches for a gash.

Zac Efron gets the shock of his life in Parkland clip >>

Efron is currently starring in That Awkward Moment, but promotion for the film has been postponed because of his setback. The new film follows a group of guys vowing to stay single, and also stars Miles Teller and Michael B. Jordan. The 26-year-old was out just last week at a Vanity Fair party to honor Jordan, and appeared to be in good spirits.

“Hey guys! Just returned from an incredible trip to Peru with my dad and wanted to thank you all for your support these past few weeks… means the world to me. Love you guys!” he said of the photo.

10 Celebrities who are starting to look alike >>

Since then, the actor’s career has been as hot as ever, and he will also soon be appearing in Neighbors, along with Rose Byrne and Seth Rogen. The film follows a couple with a newborn baby who move in next to an Animal House-like frat house.