Were Charlie Sheen’s twins supposed to be triplets? A shocking new report says yes — but Brooke Mueller would not let it happen. 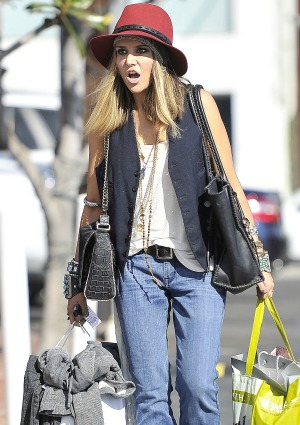 It’s the most shocking accusation yet in the bitter Charlie Sheen custody battle: Brooke Mueller allegedly aborted a triplet because she was obsessed with only having twins.

A source close to the situation told RadarOnline that Sheen revealed the shocking information to the Department of Child and Family Services in order to damage Mueller’s “credibility and motivation” in the current custody case.

“Charlie has told DCFS that, at the time, Brooke told him that she had lost one of the triplets, but he later learned that she had terminated one of the fetuses,” the insider said.

“Charlie insisted that DCFS document the incident as part of its case file because it goes to Brooke’s credibility and motivation. In short, Charlie’s position is that Brooke has always been a lying drug addict.”

Another insider explained, “Brooke only wanted to have boys because Charlie didn’t have any sons. She was obsessed with the idea of giving him two boys — and not three. There was absolutely no medical reason to not carry all three fetuses to term.”

Mueller, who is still on track to regain custody of twins Max and Bob despite recently flunking a drug test, reportedly went to rehab twice while pregnant for a crystal meth addiction.

The 4-year-olds are currently in the care of Mueller’s brother but all are living under the same roof as Mommy Dearest. Sheen’s other ex, Denise Richards, had temporary guardianship of the boys but recently gave it up, citing Mueller’s reluctance to allow her to get them help for their propensity for violence towards her daughters, pets and even their teachers.

Neither Mueller nor Sheen have commented yet on this latest development.