What a difference a year and some caught-on-tape unruly behavior can make! The apple of America’s teen eye, Justin Bieber, took home three American Music Awards last year and this year he’s not nominated for a single award! What happened? Let’s take a thoughtful and inquisitive look…

Calm down all you teenage girls — we’re just playin’. However, at the 2012 AMAs, Justin Bieber won three awards, including Artist of the Year. This time last year, Bieber was serving up “Boyfriend” and “As Long As You Love Me” and had us wondering if he was the next Justin Timberlake. This year, he just has us wondering. The video for the newly released “All That Matters” has Bieber randomly dancing around the Great Wall of China and has a scant 1.5 million views. That’s just sad. All that matters is the Biebs seems to have fallen from AMA grace.

The girl Justin Bieber wishes would go away: Tati Neves >>

All aboard JB’s train… wreck. Bieber went from the beloved boy-next-door to the punk-next-door (literally — his neighbors have lodged several complaints against him, most of which stem from him speeding through the hood). Then we were regaled with tales of Bieber showing up late for concerts, peeing in mop buckets, threatening to beat up photogs (insert sarcastic snicker here) and, most recently, getting his freak on with Brazilian prostitutes. If the AMAs are any indication (and the fact that Miley Cyrus didn’t get nominated for anything either) a celebrity’s poor behavior can have a dramatic impact on their career. 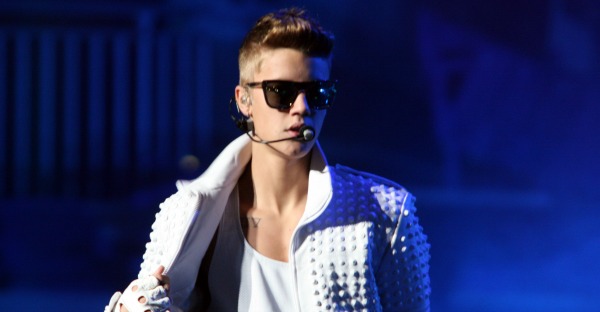 Sorry, JB, there isn’t one new kid in town. There are five new kids in town, and they are named One Direction. Why settle for one teen heart-throb when you can have several? The boys of One Direction are young, hot, have a British accent and (hope you are sitting down Biebs) have won the hearts of teen girls everywhere. That’s the first hard lesson of being a celebrity. You don’t have to just win the favor of your fans, you have to behave in a way that keeps the favor of your fans.

Who’s hotter: One Direction vs. The Wanted >>

The public is fickle?

Absolutely. Don’t feel bad, Biebs, Katy Perry and your boy Usher weren’t nominated for anything this year either. Something Beiber said at last year’s AMAs almost foreshadowed what happened this year. In his acceptance speech for Favorite Male Artist, Pop/Rock, Bieber said, “This is for all the haters who thought that maybe I’d be here for just one or two years.” Oooo, that’s embarrassing. Talk about your self-fulfilling prophecies.