Fear not, Nelly fans. Nelly’s sanity is intact, but his heart is overflowing with love to give back to the community. SheKnows sat down to chat with Nelly on his latest endeavors, which range from re-emerging onto the music scene with his new album to finding time to pair up with Honey Nut Cheerios for a Charitybuzz auction. 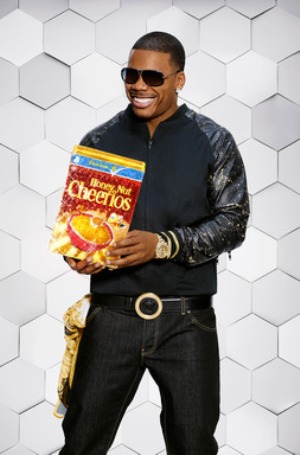 Oh, it was “hot in here” all right

It’s not every day you get to hear the charm of rapper Nelly. And when we caught wind that his heart is as large as his talent is abundant, whoa, we were swooning. Nelly opened up about his soft spot for giving back, his collaboration with the famous cereal brand Honey Nut Cheerios and his hiatus from music. He even found some time to squeeze in some “swag” advice.

On making time for charities

“Doing charitable work and giving back is something you do as you go; I don’t think it’s something you stop to do out of your schedule,” said the rapper of his ability to “make time.” He went on to elaborate that he does work that is aligned with his goals and mind-set, and that says a lot about the proceeds being donated to United Way.

The campaign calls for participation in creating a “Must be the Honey” moment (a spin-off of Nelly’s hit phrase in “Ride Wit Me”). It encourages everyone to celebrate life and bask in the happy moments. Nelly, who is seen in a remix of his song, pairs up with a new and improved version of Buzz the Bee, who is noticeably “swagged” out.

Prizes are a VIP meet-and-greet with Nelly, either in the green room or backstage during his tour, and a one-of-a-kind jacket signed and worn by the rapper during his photo shoot for the campaign. He also affectionately suggested that it’s about making “the fan as special as we can, so that if we figure out a way to make it that much better as we go along, then we will.” So perhaps you may even get to join him onstage? Well, while neither we nor Nelly can make that promise, it’s definitely an incentive to participate!

On the No. 1 factor for a woman’s swag

“Women and young ladies have their own type of swag, but confidence has got to be first, whatever she decides to do,” says Nelly of the way women carry themselves. Swag and confidence should be synonymous, he proposes, since they are so complimentary.

On his music and the new album

Nelly has been out of the music game for a few years, but has been on the playing field for nearly 14 years. He candidly discussed how “it’s hard to constantly reinvent yourself,” but promoted humility and versatility as being key factors in staying successful. His new album will feature several collaborations, such as with reigning champion Nicki Minaj, which only attests to his ability to adapt. When asked who he would like to collaborate with next, Nelly dropped one honey-smooth vocalist’s name: Bruno Mars.

Besides his upcoming summer tour, show and charity work, he just recently opened up a school in St. Louis. Nelly is certainly a busy guy, but you may not get to see all he does because it’s not always captured on a media outlet. He believes “you can still be in this business and live your dream, but you don’t have to be in front of the camera.”

But just this once, we encourage you readers to participate in filming your own “Must be the Honey” clip! Your chance to win ends on Wednesday, Nov. 13, at 2 p.m. Eastern. This Charitybuzz auction benefits United Way, and you can bid on their website!

And don’t forget to catch him on the Real Husbands of Hollywood on BET, Tuesdays at 10/9c.