Justin Timberlake is one of GQ‘s Men of the Year. Here are five sexy reasons why he’s landed the awesome title. 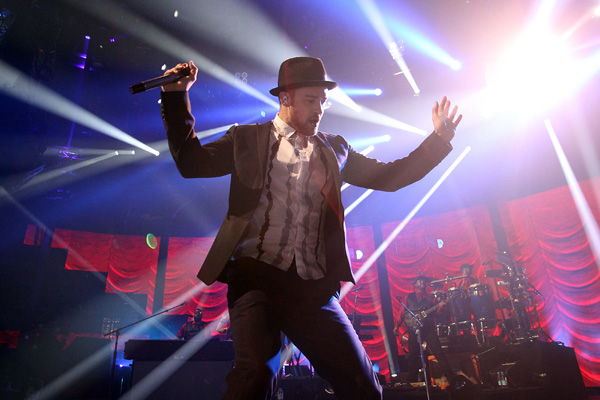 There’s no doubt that Justin Timberlake is one of the sexiest pop stars around, so it’s no surprise he’s landed on GQ‘s Men of the Year list. As he says in his interview, he won’t be defined by just one moment, so here are five sexy moments for why we think he got the title.

How many people can be tied and dragged behind a running truck and still look good doing it? Yep, it’s “Total Knockout” Timberlake. Of course, he looks even better hanging out in his posh crib looking broody, because of his fatal attraction. Too bad he ends up being hit on the head by a frying pan after a sexy make-out session and sent over a cliff to his unfortunate death!

While it’s not only Timberlake who makes this video sweet and sexy, it still makes him awesome for telling such an epic love story. The older couple melted our hearts with their endless love and staying together after all those years. Plus, Timberlake’s hot mirror scene at the end is nothing but awesome!

Even better than Timberlake the man is his younger self singing one of his classics. This timeless video helped put him on the map way back when, not only for his sexy singing voice, but also the multiple close-ups of his angelic young face. As expected, there’s no shortage of young, pretty women on the video, but then again, this is Justin Timberlake we’re talking about.

The name of this video says it all, doesn’t it? Move over, 007 — Timberlake’s got secret agent written all over him on this one. Not to mention he rocks a suit like no other! Need we say more?

Reason #5: “What Goes Around… Comes Around”

Now, how can Scarlett Johansson say Timberlake is boring? Well, she doesn’t keep that thought for too long since she’s rolling in the sheets with him in no time. While Mr. Sexy can absolutely kill it in a suit, he also looks super-fantastic in a casual button-up paired with a white undershirt. Too bad Johansson can’t appreciate a good thing when she has it!