Lady Gaga has a new album to promote, so she’s admitting all of her deep, dark secrets. First up: She admits to having a serious problem with marijuana. 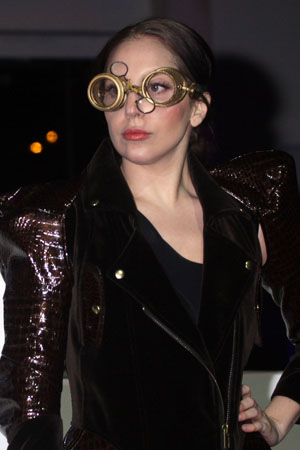 Miley Cyrus might have lit up on stage at the 2013 MTV European Music Awards, but she has nothing on another female singer. Lady Gaga admits she started smoking a ton of pot after a serious hip injury sidelined her career.

“I have been addicted to it and it’s ultimately related to anxiety coping and it’s a form of self-medication and I was smoking up to 15-20 marijuana cigarettes a day with no tobacco,” she said during an interview with Elvis Duran and the Z100 Morning Show.

Lady Gaga hasn’t been shy about discussing her dalliances with drugs throughout her short life. The ARTPOP singer has admitted to doing cocaine to deal with loneliness, but her drug of choice these days is apparently marijuana.

“I was living on a totally other psychedelic plane, numbing myself completely, and looking back I do see now that some of it had to do with my hip pain. I didn’t know where the pain was coming from so I was just in a lot of pain and very depressed all the time and not really sure why,” she continued.

It’s not the first time the New York native has copped to serious depression. She told Howard Stern that her experimentation with cocaine and other “psychedelic” substances was an attempt to fill a void, not to be edgy.

“I was so unhappy,” she told Stern in 2011. “Yeah. I think that I was lonely and there was something about the drugs that made me feel like I had a friend… I didn’t do it with other people. I did it alone. I did it all alone in my apartment and I wrote music and you know what, I regret every line I ever did. So to any of the little sweethearts that are listening, don’t touch it, it’s the devil.”

But does Gaga regret smoking those 15 to 20 joints a day? She told Duran she plans to kick her addiction, but that it fuels her creativity.

“I do put that pressure on myself; I have to be high to be creative,” she said. “I need that, that’s an error in my life that happened for over 10 years. Can I be brilliant without it? I know that I can be and I have to be because I want to live, and I want my fans to want to live.”