In 2003, Ben McKenzie hit the jackpot with The O.C. It was an overnight success that turned its no-name cast into Hollywood’s most wanted. 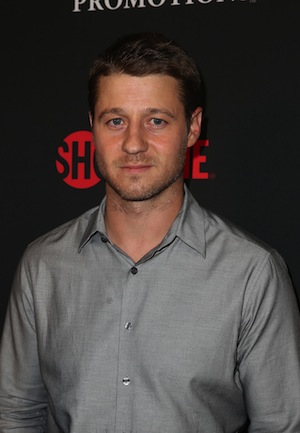 Ten years ago Ben McKenzie got his big break on a little show called The O.C. To be honest, it wasn’t little at all. It was a worldwide phenomenon that Fox pegged to be the next Beverly Hills, 90210 — and they were right.

Mischa Barton isn’t in the mood for an O.C. reunion >>

The teen drama revived the genre and introduced us to McKenzie, as well as Mischa Barton, Adam Brody and Rachel Bilson. McKenzie had the pleasure of playing the show’s resident bad boy, Ryan Atwood. He had the looks, a dark past and attitude for days. McKenzie was a young 20-something who’d never appeared on television before.

The actor told podcast host Riki Lindhome (via EW), “I was so naive. I didn’t know what a mark was, really. I didn’t know that during a lighting setup, after you rehearsed, that you can step out because the stand-ins will come in. I just kind of stood there, and they’re like, ‘Wow, he’s so method,'” McKenzie joked. “I learned a lot. The way I like to think of it is it kind of ended up being a bit of a graduate school in the sense of it was like four years.”

The show raised the profile of all of its stars. During their downtime they appeared in movies and landed multiple magazine covers. It was the early 2000s and paparazzi culture was becoming mainstream. The internet was booming with blogs eager to catch pretty people doing bad things.

McKenzie admits he wasn’t always a boy scout. He was never late to work and was professional on set, but he had wild moments. “You just don’t have any perspective,” McKenzie said. “You either spiral downwards forever and it probably doesn’t end up very well, or you realize at a certain point, ‘Hey, maybe I shouldn’t be doing that’ or ‘Maybe this doesn’t represent who I actually am or want to be.’ And, you know, I think I figured that out relatively quickly.”