Richard Dreyfuss was once one of the biggest movie stars in the world, but he was going through his own personal struggles. The actor is now fighting to help others struggling with the same problem. 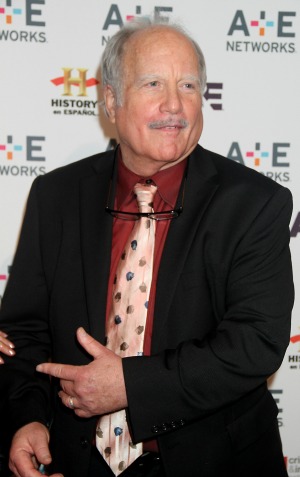 Richard Dreyfuss has appeared in arguably some of the most important movies of the last 50 years, but the actor has gone through his own struggles during that time. The iconic actor first opened up about struggling with bipolar disorder in 2006 in the documentary The Secret Life of the Manic Depressive, and he is still fighting to bring awareness to the disease.

“There’s no shame in having depression,” Dreyfuss told People magazine at an event last week. “By telling my own story, I hope to help remove the stigma. It never should be something to hide.”

Depression and parenting a child with special needs >>

Dreyfuss spoke about the manic depression he has suffered from for most of his life, as well as the anxiety that has come with it.

“I trembled in fear,” he explained. “It’s like the night before the test and you aren’t really sure about the subject and this balloon of self-loathing starts to swell up fast in anticipation of failure. I lived that feeling everyday, every minute for my entire life.”

The 66-year-old actor has appeared in such films as Jaws, Close Encounters of the Third Kind and Mr. Holland’s Opus. He won the Oscar for Best Actor in 1977 for The Goodbye Girl when he was only 30. The actor remembered that when times were good, “I was thrilled with my life entirely too much.”

But the depression hit him again, and he said while he was filming Once Around in 1991, he realized it was affecting his work.

“Had I not been depressed, I would have given a very different performance,” he said.

Dreyfuss’ marriage ended, and he eventually decided to get help. It took a long time in counseling to find the right formula, but he said it was worth it.

“I’m able to be Richard again,” he said. “Things are great.”

No matter what, Dreyfuss seems happy with his life and is glad to be where he is and where he has been.

Dreyfuss is now working to help others who have been affected by depression of all kinds. The actor hasn’t taken a break in decades, and was last seen in Paranoia with Liam Hemsworth and Harrison Ford. He will next be in Cas & Dylan, a film directed by Jason Priestley.