Bethenny Frankel admits she spent much of her life obsessing over food — and she doesn’t want the same fate for daughter Bryn. 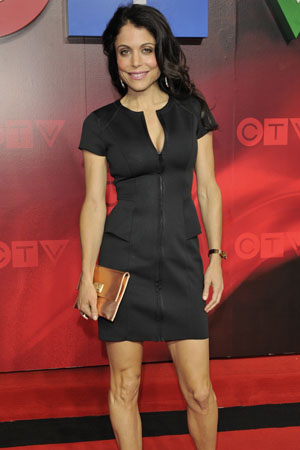 Bethenny Frankel might be famous for being a Skinnygirl, but she isn’t worried about her daughter following in her slim footsteps. The former reality star and current talk show host told ABC News that she wants to make sure her 3-year-old daughter, Bryn, develops a healthy relationship with food as she grows up.

“If you start giving your kids anxiety about food, it’s going to last a lifetime,” she said, adding that she doesn’t recommend talking about dieting or weight around children.

It’s advice Frankel didn’t get as a child. In 2011, she told US Weekly that her food obsession consumed her, leading to an eating disorder.

“Bingeing and then fasting or starving. Forbidding everything. That’s how I used to be — up and down five pounds every single day, to the extremes,” she told the magazine. “My metabolism was totally wrecked.”

These days it’s all about moderation. What she doesn’t do in moderation? Work. Frankel has a talk show and a multi-million dollar line of Skinnygirl products — and she’s not done yet. Frankel just introduced a new line of soft drinks under her Skinnygirl brand.

Skinnygirl Sparklers — dubbed as “fruit water with a bubbly personality” — is a line for those Frankel fans that want to partake in her brand, but don’t do the booze.

“I’ve been talking about doing a non-alcoholic beverage for a very long time,” she told Entertainment Weekly on the launch Sunday night. “I had that idea for a long time and not until I found the perfect partner did I decide to do it. I met a lot of different people and I have never ever been more excited about another business opportunity since cocktails. This is going to be very huge.”

Her busy schedule doesn’t keep her away from her daughter, though.

“I’m always with Bryn as much as I possibly can be,” she told ABC News. “She has a personality… I do see a lot of myself in her, other people see a lot of me in her too. She’s very sassy, she’s smart and she has a good sense of humor and she’s fun.”