You may know Britt Robertson from TV’s Under The Dome. Now she’s starring in a new film as Vince Vaughn’s daughter and discovers she has 532 siblings! SheKnows sat down with Britt to find out what it was like working with “powerhouse” Vince Vaughn. 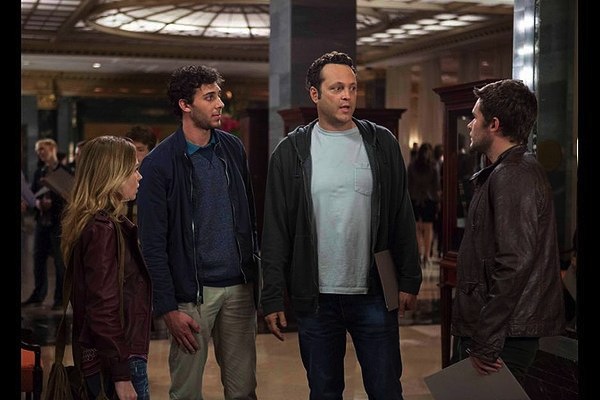 In the new film Delivery Man, Britt Robertson plays Kristen, the biological daughter of Vince Vaughn’s character, David Wozniak. Kristen is a young woman who’s a little rough around the edges and a recovering drug addict.

When we asked Robertson how she liked playing Kristen, she said, “It was awesome! It was everything I hoped it would be. It was really fun and I got to look like crap every day and I’m so into that!”

Of course the blond-beauty could never look bad, even grunged-down, but she did appreciate her casual clothing. “My pants are really baggy and I got to wear tennis shoes. In the shoot I was coming off of, I had to wear high heels every day and tight tops in really cold weather. Playing a drug addict was a little sloppier and more my style of working. Kristen’s like this really feisty chick who’s wild, but then has these really sincere moments with Vince. For a part that was kind of minor in the film, I felt I got to explore a lot of different things and ranges of emotion.”

About working with Vaughn, Robertson said it was, “Overwhelming, really. He’s kind of a powerhouse kind of guy. When he arrives on set, the energy goes up. It’s kind of like working in live theater, actually.” 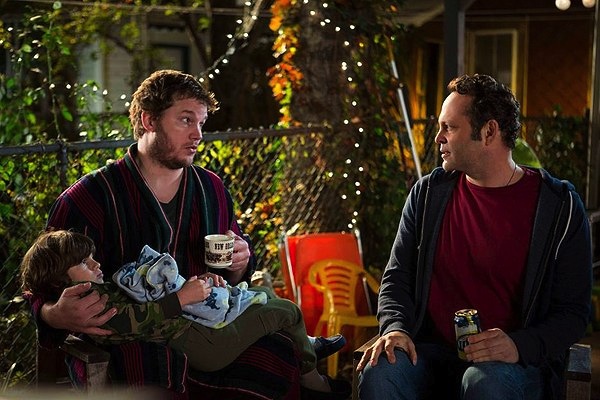 The 23-year-old actress said, “I learned a lot from Vince. As a comedian I think he’s totally brilliant — the way his mind works, it’s incredible. The fact that he can transition into these kind of roles, that’s exactly what you want to do as an actor, convey these different emotions that impact the audience in different ways. He’s able to do that effortlessly.”

Robertson says her favorite memory from working on the movie was shooting the campfire scene. They were playing guitar and all singing, “And I remember just looking around at Vince, answering all these questions and chatting with all the people, just being a really kind and generous human. I thought it was just so sweet, there was this really cool camaraderie. It was cool because he was taking the time to give these people something to hold onto as a memory. He’s like an iconic guy, so he really did take the time to talk to everybody and have some laughs.” 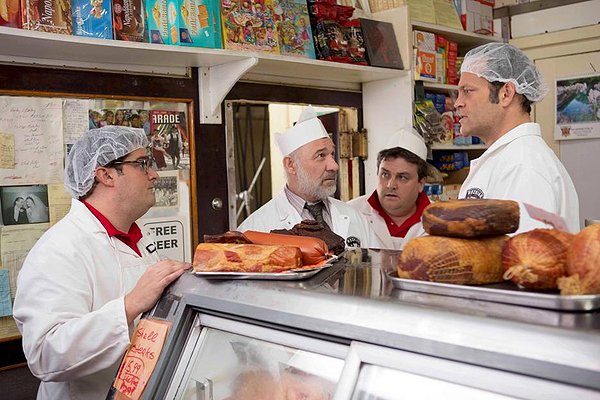 If there’s any actor Robertson would like to work with, it’s Emma Thompson. She loved her in Stranger than Fiction with Will Farrell and hopes to play her daughter some day.

Currently, Robertson is shooting the sci-fi family film, Tomorrowland, with George Clooney and Tim McGraw, set to release in 2015.

Delivery Man can be seen in theaters Nov. 22.