Charlie Sheen’s ex will still regain custody of their twin sons despite failing a recent drug test, according to insiders. 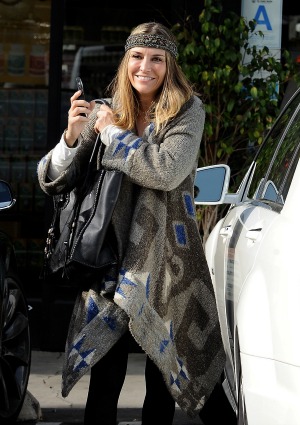 Brooke Mueller is still on track to regain custody of her twin sons by Charlie Sheen despite failing a recent drug test.

Inside sources say Mueller tested dirty for Adderall — the drug that sent her on her 19th trip to rehab last December — yet she won’t be penalized for the slip.

A source told RadarOnline that Mueller “tested positive for amphetamines under the court-ordered drug tests she is required to take.”

“However, the hair follicle test revealed that the positive result was from the Adderall that she takes for ADHD and has a prescription for. There is no indication that she is abusing crystal methamphetamine, as she has done in the past.”

Why Mueller is using Adderall when she went to rehab for it is a looming question, especially since Sheen called her an “adderol [sic] snorting husk” in a recent Twitter rant.

“Brooke has snorted and smoked Adderall in the past. There is no way to determine if Brooke is snorting or smoking it, or if she is taking it in the pill form as prescribed,” the source continued.

“But if Brooke was truly serious about her sobriety, you would have to think that she wouldn’t be taking Adderall. Someone with her extensive addiction to crystal meth can be treated with another class of prescription drugs that aren’t amphetamine based.”

Mueller lost custody of the boys after a $1,500 crystal meth binge was caught on video. Denise Richards was caring for the 4-year-old twins but gave them up because Mueller refused to allow her to get them help for their shocking behavioral problems — which, as it turns out, may be caused by fetal alcohol syndrome or her drug use.

A source confirmed that the troubled socialite went to rehab for meth twice while pregnant with the twins, and that after receiving a letter from Richards detailing the often violent behavior of the boys, they have agreed to have them tested for any effects that may have been caused by their mother’s drinking or drugging.

“It will be crucial that DCFS follows up and follows through with whatever the testing reveals,” the source said. “The boys’ lives literally depend on it.”

Mueller is due to regain custody in December. Until then, her brother has been named their temporary guardian.