Kaley Cuoco assured everyone that she’s not expecting a baby when she told fans that she’s “not effing pregnant.” 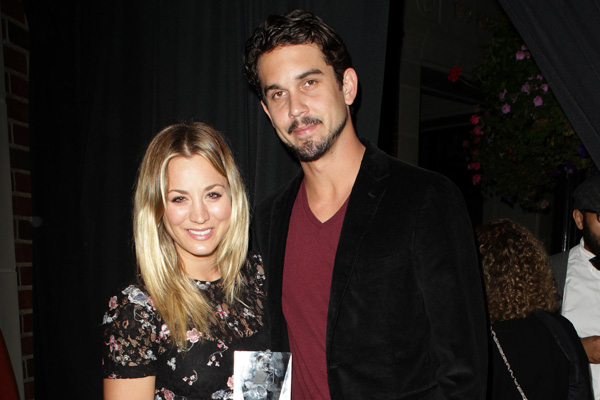 Tired of all the rumors that she and fiancé Ryan Sweeting are expecting their first baby, Kaley Cuoco made it clear to everyone that she’s “not effing pregnant.”

After her quick engagement to the tennis player sparked pregnancy speculations all over the Internet, Cuoco really wanted the world to know that she is definitely not expecting. Taking to Twitter, the Big Bang Theory star firmly put the rumors to rest. Permanently.

“I would like to make something very clear to anyone who cares,” she wrote. “I AM NOT EFFING PREGNANT. Do with that that you will.”

Cuoco and Sweeting were only together for a mere three months prior to their engagement. The 27 year old even admitted on the Ellen DeGeneres show that their romantic relationship may seem “a little crazy to some people.”

But, Cuoco said that she’s “very, very happy” and that “life is so good right now, I can’t even tell you.” The blonde actress was proposed to with a 2.5-carat diamond ring that cost around $65,000 and was designed by Red C Jewels. The rock features additional tiny diamonds along the band and around the square-cut precious stone.

After the engagement, Cuoco gushed about her new fiancé saying that she knew he was the one.

“We have all the same family friends,” Cuoco told E! News in September. “We grew up with the same people, we just never met. So I kind of feel that I’ve known him my whole life. I know that it seems a little crazy on paper, but it’s what works for us.”