Mariska Hargitay has loyally stayed with her show, Law & Order: SVU, for the past 15 years. The show has inspired her to help people, and now she has been given her very own star on the Hollywood Walk of Fame. 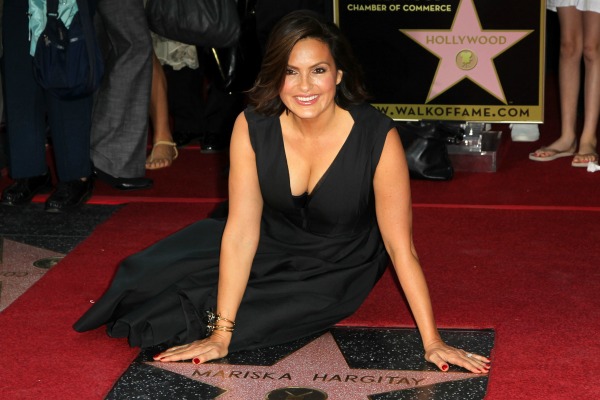 Mariska Hargitay comes from Hollywood royalty, but she has made her own way in the industry. The Law & Order: SVU actress was honored with a big milestone by being given her very own star on the Hollywood Walk of Fame.

Hargitay announced back in May that she would be returning for Season 15 of SVU, a show she has been on since the very beginning.

“She has a lot of power on the show,” showrunner Warren Leight told Variety. “Luckily, she uses her power for good and not evil.”

Forbes recently estimated that Hargitay is the second-highest-paid actress on TV, and all $11 million of her income reportedly came from her show.

Hargitay is the daughter of iconic actress Jayne Mansfield, who died when Hargitay was only 3 years old. Hargitay’s star was placed next to her mother’s on the Walk of Fame.

The 49-year-old actress is the only lead actor on a Law & Order franchise to have received an Emmy for the role. She recently told Variety the show isn’t just her job but has become “my life’s work.”

“The first time I read the show’s script, I thought, ‘I love this woman, I understand the trauma she survived,'” Hargitay said. “And it’s evolved beyond a television show; I feel it truly is an agent of change.”

Hargitay’s character on the show, Olivia Benson, was born because her mother was raped, and she has become a Special Victims Unit detective. The actress hasn’t appeared in many other projects in her career, but she feels that with SVU, she was really motivated to change things. In 2004, she started the Joyful Hearts Foundation, which helps victims of sexual abuse and trauma.

“I sometimes get confused myself; I spend so much time as an actor and advocate, and they are interwoven,” she said. “These girls are looking for someone to look up to. Olivia is empowered, and they aspire to be like that. They say, ‘I wish Olivia was my mother. Then she could have protected me.'”