A huge ’90s album is becoming a Broadway musical in 2014. Get ready for Jagged Little Pill by Alanis Morissette to rock the Great White Way. 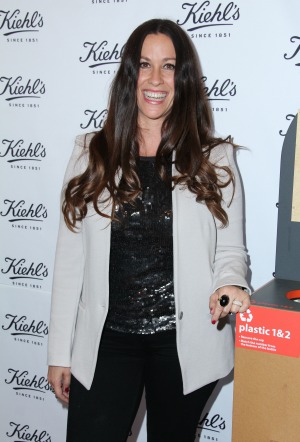 Here’s something you oughta know, Alanis Morissette is headed to Broadway. The production will be based on her monster-hit album Jagged Little Pill, which made its debut in 1995.

All of the album’s songs will be featured in the show. The singer will also pen new songs and include tracks from her other recordings.

Morissette isn’t tackling this venture alone. She has Broadway veteran Tom Kitt helping her with orchestrations and arrangements for the stage. Kitt is well known for his work in Next To Normal and Green Day’s American Idiot.

In a statement on Friday, the 39-year-old singer said, “I look forward to taking the heart of Jagged Little Pill and expanding its story, fleshing it out into ever deeper layers of emotionality, specificity, humanity, power, physicality, spirit and fabulism.”

The production will start out as a workshop, and then it is expected to find a venue for a 2014 premiere.

Producer Vivek J. Tiwary is excited to be collaborating with the Grammy Award winner.

In the press release, Tiwary shared, “Jagged Little Pill was a triumph of self-expression — an album that was impossible to ignore with its massive sound and raw honesty. I’m proud to be working with Alanis to bring that same emotional power and bravery onto a Broadway stage. We need more Broadway musicals with a serious, relatable emotional core and strong female voices. So we’re looking forward to honoring the Jagged Little Pill‘s legacy — while still surprising fans with some unexpected twists.”

The album sold over 33 million copies worldwide and produced six hit singles like “Hand In My Pocket,” “Ironic” and “You Oughta Know.” The album set a few records that still hold to this day, including best-selling debut release by a female artist in the U.S. and highest-selling debut album worldwide.

Jagged Little Pill went on to earn a Grammy Award for Album of the Year, making Morissette the youngest winner ever at the age of 21.