The Hunger Games just got real. The blockbuster film series may be getting its very own theme park. 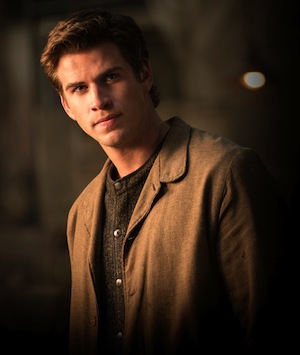 Lionsgate is eager to cash in on The Hunger Games‘ success. The young-adult novel has already become a big-screen sensation, so now they’re expanding their horizons. The Hunger Games could be the latest movie to inspire a theme park.

Like The Wizarding World of Harry Potter, a Hunger Games theme park could be a real-live attraction, according to Lionsgate. Of course, their version would be family friendly and avoid the pitfalls of fighting to the death. According to The Hollywood Reporter, the idea is definitely on the table.

Friday, Lionsgate CEO Jon Feltheimer revealed, “We have been approached in two different territories about potential theme park opportunities, which gives you a sense of the cultural impact of this franchise. We are excited about those opportunities and are pursuing them.”

It sounds like the studio is striking while it’s hot. The Hunger Games is a worldwide phenomenon that has picked up where Harry Potter and Twilight left off. Not only do fans adore the films, but they also love its stars.

Jennifer Lawrence is everyone’s favorite gal pal. She’s beautiful but still relatable. Plus, her character, Katniss Everdeen, can be viewed as a positive role model for girls. There’s also Josh Hutcherson, who stars as her devoted co-champ Peeta, as well as the ridiculously good-looking Liam Hemsworth, who plays Gale. What’s not to love?

Do you think a Hunger Games theme park is a good idea?