There are two episodes left before the Ravenswood mid-season finale and they promise some big reveals. Take a look at Caleb and Miranda’s long history and Miranda’s new friend. 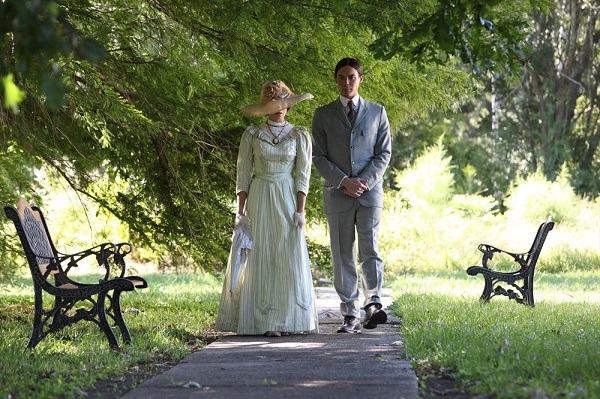 It seems as though Ravenswood has only just begun and yet we only have two episodes to go before the mid-season finale. With one of the first five brought together by the mysterious town already in the ground, what’s next for the group?

With the following photo previews and the synopsis for each episode provided by ABC Family, we’re going to make some predictions and have some fun.

Ravenswood review: Is the town’s curse a death pact? >>

“The Devil Has a Face”

On the next episode on Tuesday, Nov. 12 Caleb (Tyler Blackburn) “meets a long-lost relative in the hopes of better understanding his current situation.” So he does have family in Ravenswood. That must be a relief for him, right? 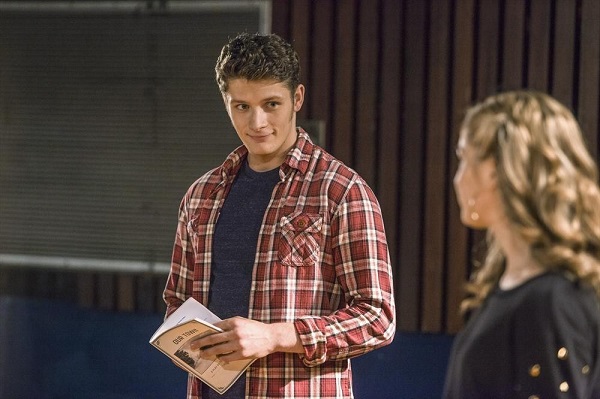 Apparently Luke (Brett Dier) is having a hard time with what the group saw in the séance, and looking for a distraction appears to join a school production of Our Town where he “is surprised to find common ground with Tess (Haley Lu Richardson).” In the preview, she plants a kiss on him. He’d better be careful! 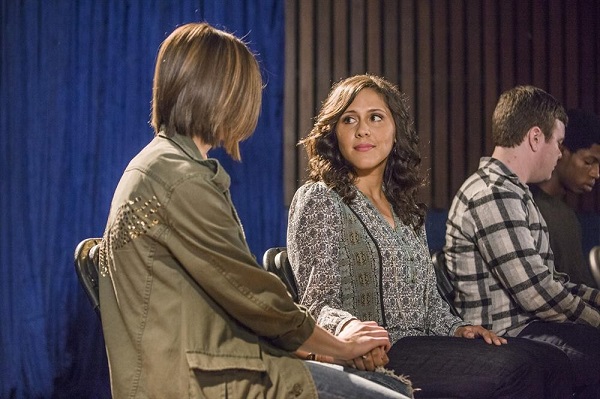 “Olivia (Merritt Patterson) bonds with Miranda (Nicole Gale Anderson) and is surprised to discover their families may have a shared history.” If both families have been in the small town of Ravenswood, we don’t know why that should be such a surprise, but it is surprising that Miranda seems to have found a friend on the other side. Could the teen (Ashley Holliday) be another victim of the lab explosion? 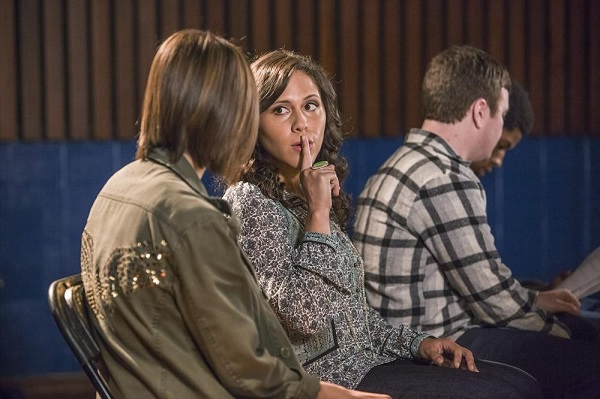 Why is this unnamed teen telling Miranda to shush? Could there be other spirits hovering nearby? “Miranda thinks she has finally found what she has been looking for,” says the synopsis. Maybe this is the face of the devil in the title. She looks innocent enough. 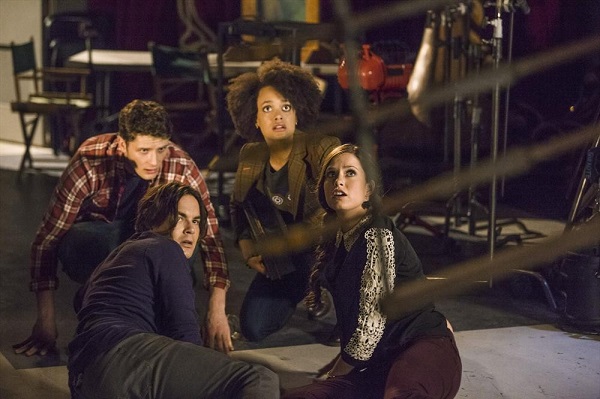 The synopsis continues with “Caleb is caught between old and new loyalties as he struggles to share what’s happening in Ravenswood with Hanna,” and “Remy (Britne Oldford) and Caleb investigate a new clue into the town’s past.” That clue must have taken them to the Old Town production, because it sure looks like they’re backstage and something supernatural is sending stage props crashing down around them.

Ashley Benson makes a guest appearance as Hanna on the mid-season finale on Nov. 19 as “Caleb tries to reassure Hanna, Luke tries to get on the same page with Remy, and Olivia strives to reconnect with Dillon (Luke Benward).”

The group makes intriguing and horrifying discoveries and Caleb hits a dead end just when he thinks he has the answers he wants. Caleb also worries about Miranda when she tries to convince him that she’s where she wants to be, but he “senses she’s in grave danger.” 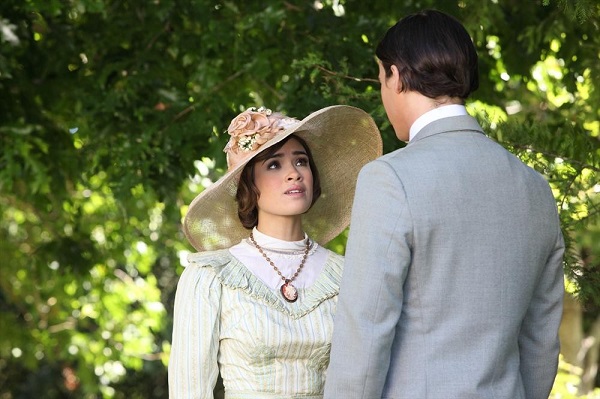 What do these looks into the past mean? They are obviously the Caleb and Miranda represented on the headstones in the Pretty Little Liars Halloween episode that have since disappeared. If they were in love and had children, perhaps the present-day Miranda and Caleb are family. Or maybe they’re now recovering memories from those old souls (reincarnation?) and that’s why we’re getting to see these scenes now. Which scenario would be more exciting for you? 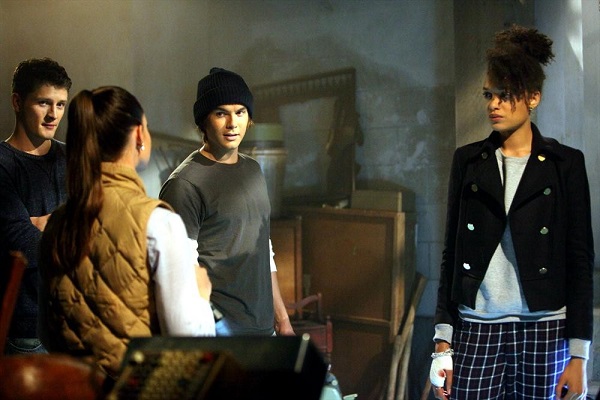 It looks like the gang goes hunting in a basement for something. Hanna must not hang around for long, because it’s not like her to miss out on a good investigation. How incredible do Caleb and Remy look? They really know how to dress for an expedition. Remy’s hair look runway-ready! 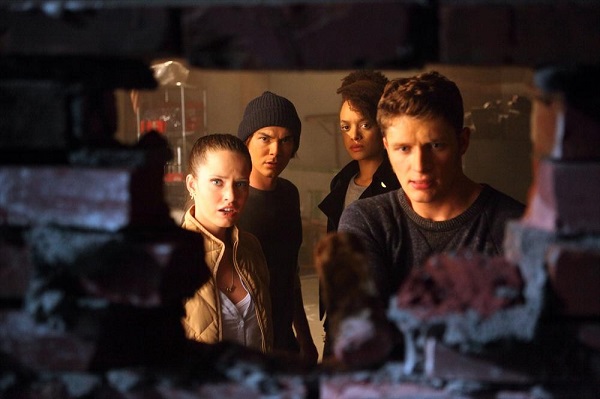 What’s behind the wall?! Do you think we’ll find out on the mid-season finale or will we end with a cliff-hanger? We’re guessing it’ll remain a mystery until the season resumes on Jan. 7 with all new episodes at a new time: 9/8c.

Make sure to come back to SheKnows for a full review of “The Devil Has a Face” on Tuesday, Nov. 12 shortly after the episode airs!

What do you think about Ravenswood so far? Consider this a Season 1 check-in and drop your opinion and theories in the comments!