Charlie Sheen’s former brother-in-law has taken custody of the twins — but what is his real motivation? Some are saying he just wants to get his hands on the cash. 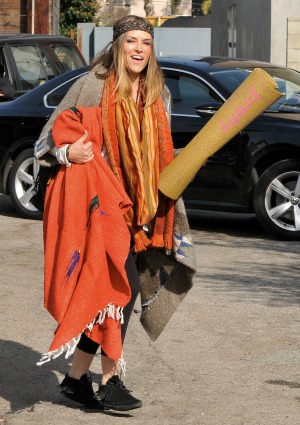 Brooke Mueller’s brother has been granted custody of her two sons with Charlie Sheen — and now he wants an insane amount of cash to care for his nephews.

Scott Mueller requested custody of Bob and Max after Denise Richards said she could no longer care for them if their mother continued to block her efforts to get them much-needed help for their shocking behavior, which included throwing feces at her daughters, trying to strangle her dogs and biting their teachers.

Now Scott wants a whopping $55,000 a month in child support from Sheen to care for the boys.

Charlie Sheen goes off on DCFS >>

“Scott has formally notified Charlie Sheen’s lawyer he wants $55,000 in child support because he has been appointed Bob and Max‘s temporary guardian,” a source close to the situation told RadarOnline.

“He expects to be paid, immediately, even though Charlie already pays for all of the boys’ expenses, including their pre-school, doctors’ visits, etc. During the time that Denise Richards was their guardian, she didn’t ask Charlie for one dime in child support; she actually turned it down.”

While the boys were in the care of Richards, Sheen was ordered by the court to continue paying $55,000 a month child support to his ex-wife — an amount that was recently cut in half — despite the fact that she was in rehab for much of that time and not actually parenting. If the boys go back into her care she will again receive the full amount.

Richards and Brooke Mueller met for an emergency meeting yesterday to try to hash out the boys’ issues, with the hope the actress would agree to keep the boys on. That didn’t go so well, with Mueller reportedly accusing Richards of trying to turn her kids against her.