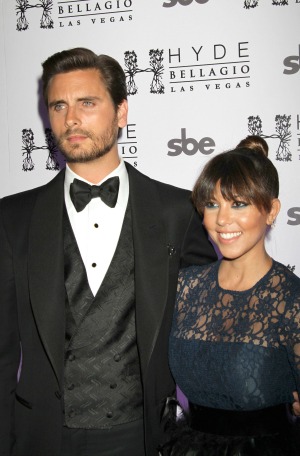 Scott Disick is in mourning after losing his mother suddenly last week. Kourtney Kardashian‘s longtime boyfriend has reportedly been in New York with his 34-year-old girlfriend since 63-year-old Bonnie Disick’s death, according to E! News.

Bonnie and her husband Jeff have lived on Long Island since Scott Disick was a child. He has no brothers or sisters.

Disick is reportedly “devastated” by the death of his mother, according to the New York Daily News.

10 celebrities who are starting to look alike >>

Kardashian fans were introduced to Bonnie Disick in 2011 on Kourtney and Kim Take New York, when Kardashian and Scott Disick took their son to visit his grandparents. Mason was born in 2009, three years after Disick and Kardashian began dating. They also have a daughter, Penelope, who was born in 2012, but they have said time and time again that they have no immediate plans to get married.

Kourtney Kardashian was surprisingly absent from her mom Kris Jenner‘s birthday party on Tuesday, and the couple was seen walking together in New York this week. Now we know why.

“Scott was very close to his mother,” a family friend told RadarOnline.

USA Today reported that Bonnie Disick died on Oct. 28, and a funeral for her was held on Oct. 30.

“It was a small affair. There was just a handful of people,” the source said, according to the NY Daily News. “No other Kardashians beyond Kourtney attended. But the entire family is saddened with the news of Bonnie’s passing. They loved her so much.”

The death no doubt came as a shock, because she was only 63. But no one has commented on the cause of death, and Disick hasn’t yet publicly said anything about losing his mom. Both Kardashian and Disick have been their regular selves on Twitter, posting numerous things a day. But neither have made any mention of the death.

Our condolences to both the Disick and Kardashian families.