Margot Robbie says all this talk about Will Smith bedding her on set is nothing but that — talk. 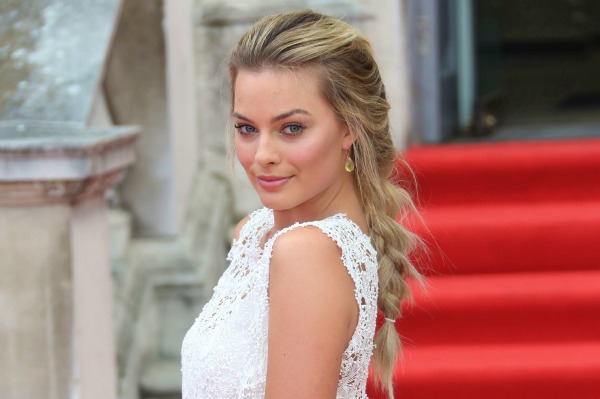 The actress caught in the middle of the latest Will Smith and Jada Pinkett Smith divorce rumor says their supposed affair never happened.

Margot Robbie, who co-stars with Smith in the upcoming flick Focus, addressed the vicious gossip that she and Smith had an on-set fling on Twitter.

For those who need to catch up, sources allege that Smith and Robbie were spotted taking risqué pictures together in a photo booth during a set party and that Smith later carried her to his trailer, where they holed up alone together for several hours. Jada Pinkett Smith was later seen out and about without her wedding ring, adding fuel to the fire that either her husband is stepping out or they totally do have an open marriage.

Robbie is not the only one crying foul. Other sources in the know say the supposed fling never happened.

Jada Pinkett Smith not moving out on Will >>

“The photo booth was on set,” an insider told People. “The whole cast and crew were there and everyone was sharing all the photos being taken. They are just friends and were just being silly.”

“Will and Jada’s marriage is fine. Everyone there knows it was nothing. This was done in front of many people goofing around. They are just friends. This was a very fun and friendly set overall.”

The rumors don’t seem to have affected the Smith’s relationship much. The Men in Black actor recently wrote on Facebook, “I think I’m gonna get Jada pregnant tonight.”

Jaden Smith to be emancipated? Not so fast, says Will
Will Smith’s no discipline plan for raising kids
Django Unchained lead wasn’t big enough for Will Smith