Johnny Galecki has finally spoken out about his secret romance with co-star Kaley Cuoco, revealing that she is not just an ex-girlfriend to him but a very important part of his life. 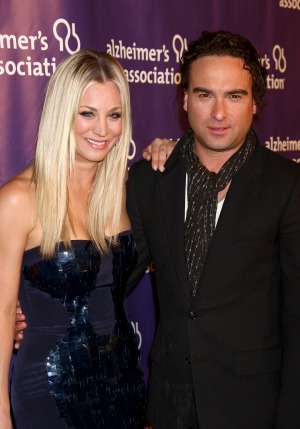 Kaley Cuoco is preparing to walk down the aisle with her tennis player beau, after he popped the question in September after just three months of dating.

So, what better time to open up about your secret romance than before she belongs to another man for good?

Private man Johnny Galecki has recently opened up about his two-year secret romance with his The Big Bang Theory co-star Kaley Cuoco.

How the pair managed to keep their relationship a secret from the media and fans is quite an accomplishment, and fans were surprised when the news first broke.

Now, for the first time the actor has opened up about his relationship in the December issue of CBS Watch! magazine, saying, “We’re dear friends still. Kaley’s not just an ex, she’s a part of my life.”

“I just don’t like to speak about it. And not just because I’m trying to be enigmatic; I just worry that it will conflict with people’s acceptance of the Leonard and Penny.”

Adding, “I get the curiosity, but I don’t want to distract from the story.”

At least Galecki takes his role on the hit TV series seriously and does not want to do anything to jeopardize the show for fans. And Cuoco shares her former lovers sentiments, as she previously revealed to CBS Watch! in September 2010, “We dated for almost two years.”

“It was such a huge part of my life and no one knew about it.”

“This is the first time I have spoken about it, ever. It was a wonderful relationship, but we never spoke a word about it and we never went anywhere together.”

“(We were) so protective of ourselves and the show, and we didn’t want anything to ruin that. We knew we weren’t destined to be together, we accepted it and said, ‘Look, if we ever break up, we will be professional.”

“I’m so lucky it was a mutual ending and that we don’t hate each other. We’ve seen that happen on other shows.”

Their personal romance may be over, but at least we still get to watch our favorite TV couple onscreen.