Most of us are just strumming through our workweek, looking forward to sleeping in on Saturday morning. But not Justin Bieber. This guy does the craziest things, and has the craziest things happen to him. Here is the litmus test to determine if you are crazy, redonkulous famous… 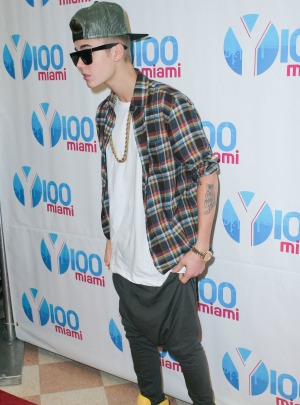 For most of us, jeans are either baggy or skinny, right? Not both. That is because we are not Justin Bieber. This look reminds us of when we had babies and we’d look at them in the late afternoon and wonder to ourselves, “Hmmm. Just how much can that diaper hold?” Who else but the Biebs can strut around in what can only be described as a modern-day version of The Emperor’s New Clothes and not be vilified for it? That’s because he’s redonkulous famous.

Justin Bieber: His epic playboy night in Brazil with 30 girls >>

You get busted for this…

…painting graffiti on abandoned hotels in Brazil. How cool is that? While average Americans are just defacing underpasses and alleys, JB is defacing public property like a rock star and getting busted for it. Local authorities in Rio de Janeiro, Brazil, gave Bieber permission to spray the outside of a sports facility, but he chose to paint a different wall. That’s because he’s — say it with us folks — Justin Bieber. It turns out the police were unBeliebers and didn’t get the “Justin Bieber is redonkulous famous and can get away with anything” memo.

Katy Perry tops Justin Bieber on Twitter — but is it real? >> 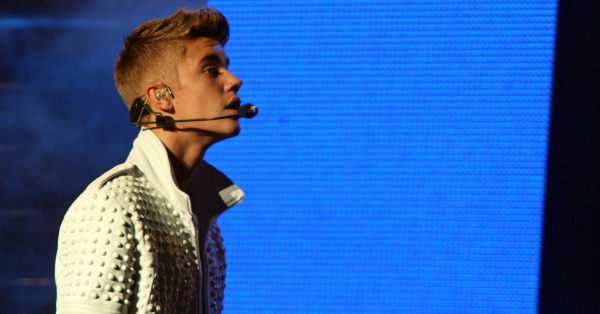 When you’re as wildly famous as JB, anything can happen when you are on stage. Adoring fans typically throw bras and panties, but every once and again some lunatic gets up the stones to toss a water bottle at your head. It happens. When you are crazy famous, it happens and it becomes news. It actually generates headlines. “This just in. Justin Bieber gets hit with a water bottle on stage in Brazil.” This video is kind of funny, not because Bieber gets blasted with a water bottle, but because of the epic stink eye he gives afterward.

You are filmed while you…

…sleep. Now we’ve just crossed the line from redonkulous to creepy. Some chick kicked off her 15 minutes of fame by filming the Biebs while he sleeps. That’s just kind of wrong, even for the insanely famous. This video is generating rumors that Bieber solicited a prostitute while he was in Brazil. Here’s the part where we all act shocked. We’ll just save everyone the trouble and start the headlines now: “This just in. Justin Bieber has sex when he’s on tour.”