Jennifer Lawrence may be able to remember thousands of lines for her latest films, but there are many things in her personal life that she can’t remember… like where the heck she left her Oscar. 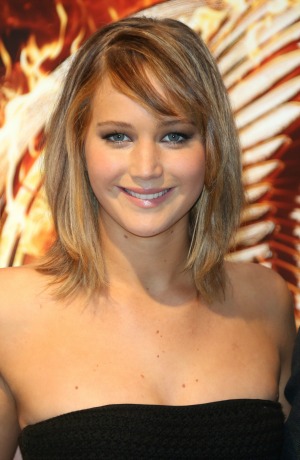 Jennifer Lawrence is one of the hottest talents in Hollywood right now and she has maintained her rise to fame has not changed who she is.

The Hunger Games actress has remained humble, despite already having an Oscar under her belt and being the star in several high-profile roles.

Lawrence won the prestigious Best Actress Academy Award earlier this year for her role in Silver Linings Playbook and although that was a momentous occasion in her life, it appears the scatterbrained star may have already lost her statuette.

The actress is widely known to be down-to-earth and unconcerned with adhering to showbiz demands — refusing to starve for roles and often speaking her mind — perhaps that is why she has not placed too much value on the award.

Speaking to Spanish magazine Acción Cine, Lawrence revealed, “I don’t know where it is. I think it might be in Kentucky. I hope it’s in Kentucky. If not, it’s gone. I don’t have it.”

Lawrence also went on to reveal the exciting things that are happening in her career and shared information about what its like to be a part of The Hunger Games franchise, where Lawrence stars as heroine Katniss Everdeen.

Fans are eagerly awaiting the sequel, The Hunger Games: Catching Fire, and while Lawrence is never one to avoid difficult scenes, she admitted that the scene where her character and Peeta Mellark get attacked by monkeys on the beach was her least favorite.

Before adding, “He was like, ‘Yeah that’s what happens when your feet are too wet.’ Our feet were wet for 73 hours. I was having a meltdown.”

“And on top of that we were filming a scene where we were fighting and all of a sudden something lashed me in the butt. Everybody kept saying it was probably a cramp. But I know how it feels when you get a cramp and I wasn’t going crazy, I had felt a lash in my butt.”

We don’t know about you, but we think that is going to be the scene we want to watch the most!