Allison Janney is currently starring as Bonny in the CBS hit Mom, but if you’re enjoying her performance, there are some fantastic characters she’s played elsewhere that you shouldn’t miss. 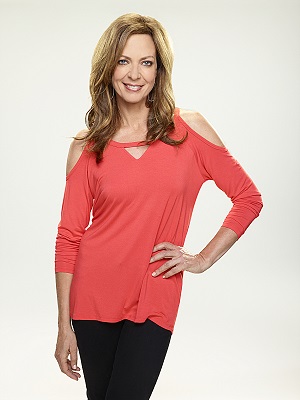 Allison Janney is one of those rare actresses who can play both comedic and dramatic roles with equal confidence and we’ve compiled a list of past and current performances that have helped define Janney as an actress.

At a striking 6 feet in height, she was once considered too tall for many parts, but her skill and dedication to the craft have proven Janney fits into any role, small or large.

In the list below you’ll find that what many of her appearances lack in screen time are made up for by the sheer force of her portrayal.

“Ms. Perky,” 10 Things I Hate About You — Janney’s role as the school guidance counselor was small, but one on of the most memorable of the movie. Ms. Perky unwittingly dragged her students into assisting her write her steamy novel by asking for their help as human thesauruses as they paraded in and out of her office.

“Loretta,” Drop Dead Gorgeous — This highly underrated mockumentary about the Mount Rose American Teen Princess Pageant featured Janney as the best friend of one of the moms of the contestants, played by Ellen Barkin. Janney was sarcastic, sexy and irreverent with a wicked Wisconsin accent.

“Barbara Fitts,” American Beauty — Janney played a chronically depressed housewife and mother to a young man who films the most beautiful thing he has ever seen: a plastic bag.

“Peach,” Finding Nemo — When Nemo was stuck in the fish tank in the dentist’s office, it was Janney voicing Peach the starfish. Her most memorable moment was realizing the tank was clean after she stuck onto the side hoping to do the job herself.

“C.J. Cregg,” The West Wing — Janney played the White House Press Secretary with a strong determination and intellect that enabled her to play well within the political boys club. She never lost her sense of humor or her humanity, allowing her to foster healthy personal relationships in addition to her career.

Why you should be watching Masters of Sex >>

“Bren MacGuff,” Juno — As the step-mother of the titular character, Janney gave support and advice to the pregnant teenager, while still telling her to go fly a kite.

“Charlotte Phelan, The Help — As the mother of burgeoning author Eugenia “Skeeter’ Phelan, Janney’s character took a while to warm up to the success of her spirited daughter, only to become one of her most ardent supporters.

“Charlene Doofenschmirtz,” Phineas and Ferb — In case you thought her turn in Finding Nemo was a fluke, here’s another instance where Janney brings a character alive with her voice alone as the nail-loving mom who never sees what her daughter is up to.

“Betty,” The Way Way Back — Playing a neighbor and mother with a penchant for booze and flirting, Janney almost stole the show with her performance of the hardened character, Betty, who soon revealed she was more put together than most of the other people on the island.

SheKnows movie review for The Way Way Back  >>

“Margaret Scully,” Masters of Sex — Janney plays a character desperate to learn about sex from the masters on this Showtime original, only to discover that her loveless marriage and inability to achieve orgasm are the very things that keep her from being able to participate in their studies. It’s a heartbreaking and moving performance.

Be sure to check out all of these incredible series and films and be sure to watch Mom on Monday nights at 9:30/8:30c on CBS.