With Ashton Kutcher’s divorce from Demi Moore almost complete, it looks like his relationship with Mila Kunis is beginning to take a serious turn. 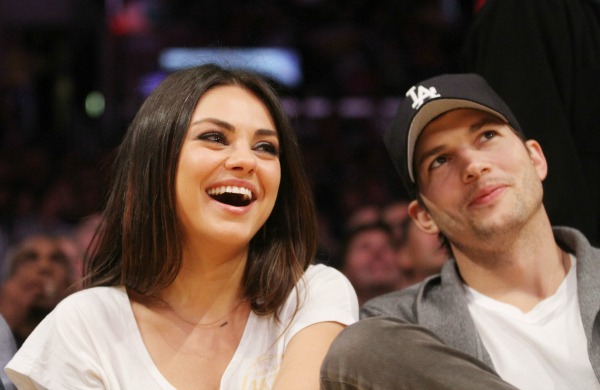 Now that Ashton Kutcher is finalizing his divorce from Demi Moore, could another wedding be in store for the Two and a Half Men actor? Reports are starting to surface that the 35-year-old star and his girlfriend Mila Kunis are going to take their relationship to another level.

According to RadarOnline, the couple has pulled the plug on using birth control and are trying to become parents.

A source told the gossip site, “Ashton has been getting a lot of pressure recently from his family who have been asking whether he and Mila intend on having children. Ashton has made no secret of the fact that he wants to have a baby and he’s told his family that they’re not taking any ‘precautions’ against having a baby. In other words, he and Mila are ready to be parents.”

The two are so eager to become parents that they aren’t concerned about the order of when marriage and a baby happens.

“They don’t really care if marriage comes before baby, in fact, they don’t think they have to be married to have a child,” shared the insider.

Kutcher and the Oz: The Great and Powerful actress have been welcomed into each other’s families. They spent quality time with his family last Christmas where he revealed his true feelings for his former That ’70s Show co-star.

A Kutcher pal said, “It was important for the family to see them like this, as there was some initial skepticism from everyone, believing it was a rebound romance. But Ashton was very vocal about things at Christmas and declared to the family, ‘I’m in love with Mila.’ She’s now firmly part of the family and marriage and a baby are definitely in the works!”

The actor split with Moore back in November 2011 after several cheating allegations surfaced. The couple took a long time to settle their divorce, but it looks like everyone is ready to move on.