Bash is on his deathbed and Francis is unwinding with Mary. Just one thing: Mary is engaged to Tomas now. Who will be the target of Tomas’ frustrations? 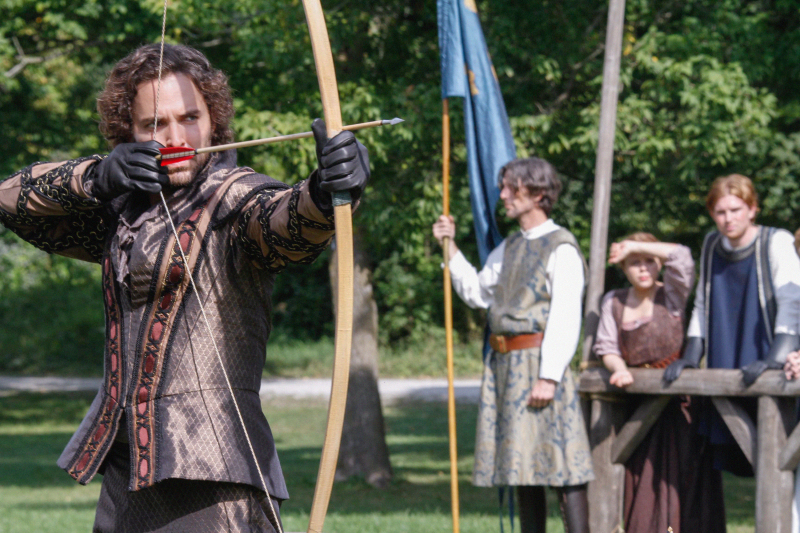 An all new Reign airs Thursday night on The CW and the previews are giving us plenty to worry about and look forward to for the next episode, “Hearts and Minds.”

Last week, we watched Mary (Adelaide Kane) waver between Francis and Portugal’s Tomas. Francis has been her friend and betrothed since childhood and Mary definitely has feelings for him. But the wedding she was promised is continually delayed while the king waits to make sure Francis and Mary’s wedding is the best political decision. Meanwhile, Mary suddenly found herself with a second suitor when she went to Tomas for help in defending Scotland. Our girl wavered back and forth, but we finally saw her ask Tomas to teach her Portuguese. She may like Francis, but Tomas is the best political move.

We also saw Francis’ half-brother, Bash, gravely injured after attempting to ride out and alert the French guard they should be going to help Scotland. It’s pretty obvious that Francis’ parents were most likely in on the supposed sabotage, but that matters not. He’s still hurt and will continue to fight for his life this week.

Perhaps more importantly, though, is the fact that it looks like everyone else will be fighting for Mary’s life, too. While the queen (Megan Fellows) no doubt still wants her far away from Francis (even if that means Mary must die), everyone else is trying to save her from Tomas. Why? Rumor has it that Tomas’ first wife was murdered… by Tomas. Eek! Hopefully, she’s carrying a dagger.

Francis’ way of trying to convince Mary to stay might be the most interesting/fun to watch. In the official sneak peek, we find Mary and Francis (Toby Regbo) rolling around in the grass. He’s clearly trying to woo her into staying. Finally! The CW is heating things up! But how will Tomas react to their frolicking? Watch the clip and see for yourself…

There’s another sneak peek rolling around the internet that has us truly concerned, though. In an exclusive clip on HollywoodReporter.com, Bash (Torrance Coombs) and Lola (Anna Popplewell) are seen bonding while Bash suffers on his deathbed. Not cool! First, we thought for sure Bash and Mary would eventually hook up. Second, Lola is by far the most insipid of the ladies-in-waiting. This is not OK!

To find out how it all plays out, tune in to Reign tonight on The CW at 8/7c.