No one ever thinks they’ll be a victim of an internet hoax. That’s exactly what Kimberly Williams-Paisley and Brad Paisley thought until it happened to them. 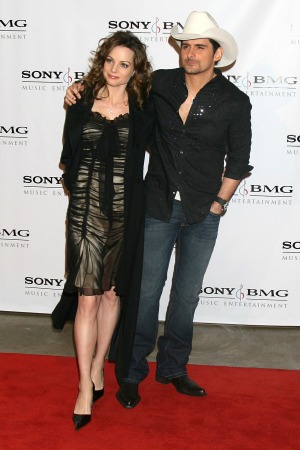 Brad Paisley and his wife Kimberly Williams-Paisley have always been viewed in the entertainment industry as kindhearted people. Unfortunately, their compassion toward others was taken advantage of recently.

On Wednesday’s Nightline, the couple revealed that they were victims of an internet hoax. The Paisleys received an email from a fan revealing that her daughter was dying of cancer. At first, the stranger just wanted to share her personal story with the actress and her country musician husband.

The Nashville actress told the ABC news show, “It sounded very sort of real. But she wasn’t dying to get ahold of me. You know, that was kind of the beginning of the manipulation.”

Kimberly continued corresponding with the mother via phone calls, text messages and emails while Brad even played songs to the little girl over the phone. In turn, the fan sent photographs of her dying daughter and allowed the duo to talk to her sick daughter.

Brad shared, “In the middle of it, there’s no way that’s not real. How can that not be real?”

However, the story was one big Catfish tale. The mother let the Paisleys know that her daughter had supposedly died. When Kimberly reached out for an address to send flowers, the whole story took a real ugly turn.

The woman even sent an email to Kimberly stating, “I don’t need you to pray for me!”

The Tennessee-based stars did some investigating and found that they were the victims of a cruel hoax. For the 42-year-old mother-of-two, it hit a raw nerve.

She said, “As a mother, wanting my kids to be okay. She hit my softest spot.”