Robert Pattinson has signed on to star in the impending film The Lost City of Z with up-and-coming actor Benedict Cumberbatch. 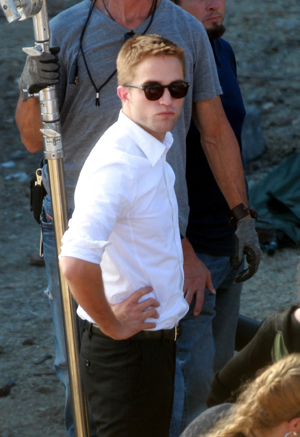 It’s another film role for busy actor Robert Pattinson. The Twilight hunk has been snagging jobs left and right, with his latest one being on the upcoming The Lost City of Z, where he’ll star alongside Benedict Cumberbatch, a rising star himself.

According to The Wrap, Pattinson signed on to the film about famous British explorer Percy Fawcett, who disappeared while trying to find a mythical lost city in the Amazon jungle. It’s not yet known which part the 27-year-old actor will play.

The movie is based on the 2009 best-selling novel by David Grann, titled The Lost City of Z: A Tale of Deadly Obsession in the Amazon. Initially, the film was optioned by Plan B, which is Brad Pitt’s company, and he was set to star in it as well. He has since dropped out, although he’ll remain on the billing as producer.

The film project was almost abandoned until it was announced that Cumberbatch was taking on the role of the colonial explorer. The rising actor was put on the map when he took on the villain’s role in this year’s Star Trek Into Darkness, as well as playing Julian Assange in the WikiLeaks film The Fifth Estate.

While Pattinson’s role in The Lost City of Z remains uncertain, it’s assumed he may be playing Fawcett’s son. In the book, the exploring adventurer teams up with his offspring for the Amazonian expedition, in which they both end up vanishing while searching for the city called “Z.”

Robert Pattinson is attracted to a woman’s smell >>

Meanwhile, Pattinson has been working up a storm, filming two movies in the past few months, with another one in the works. The British heartthrob recently finished shooting The Rover, an Australian crime thriller, as well as David Cronenberg’s Maps to the Stars.

Currently, Pattinson has been getting in shape to film his third movie this year, Mission: Blacklist, where he plays a CIA agent involved in the capture of Saddam Hussein.