Gwyneth Paltrow is furious at Vanity Fair and she’s not taking their upcoming exposé lying down. Hear what she’s allegedly trying to do to their Oscar night party. 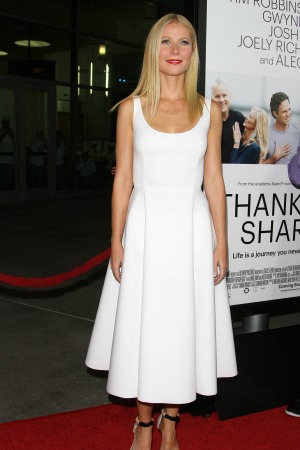 While it’s already been reported that Gwyneth Paltrow has declared war on Vanity Fair over a cover story the magazine is working on, the actress has decided to take it one step further. She now wants other A-list actors to boycott the best party on Oscar night thrown by the publication.

According to RadarOnline, Paltrow is furious that the entertainment magazine has not backed off the exposé that looks into her private life and allegations of an affair.

A source told the gossip site, “Gwyneth feels her relationship with the magazine has been destroyed and she’s urging pals not just to avoid doing business with the magazine, but to skip the mag’s Oscar party as well.”

The 40-year-old star is reportedly campaigning to get her friends to attend other post-Oscars soirées and forget going to Vanity Fair‘s coveted shindig.

“To be frank, she wants to shut their Oscar party down entirely,” continued the insider.

What does editor-in-chief Graydon Carter think of the Oscar winner’s personal war? Well, he isn’t losing any sleep over it.

Who runs the world? Beyoncé and Jay Z do >>

In a September press release he stated, “We wouldn’t be doing our job if there wasn’t a little bit of tension between Vanity Fair and its subjects. In any given week, I can expect to hear from a disgruntled subject in Hollywood, Washington, or on Wall Street. That’s the nature of the beast.”

Don’t expect the magazine to back off any time soon. They’ve already wrote scathing pieces on Tom Cruise’s involvement in Scientology and Brad Pitt’s issues with getting World War Z made.

Will the Vanity Fair Oscar party get canceled? It’s highly unlikely that Paltrow has enough power to make that happen, but she’s sure going to try.