Khloé Kardashian and Lamar Odom are secretly selling their mansion to “start fresh and move on.” 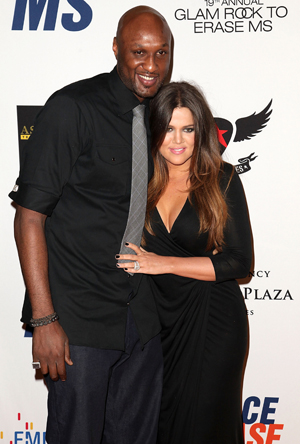 Khloé Kardashian wants to get a new start and move forward, so she and Lamar Odom have decided to put their house up for sale, although they’re doing it on the down low.

In efforts to start anew, Kardashian and Odom are putting their huge mansion in Tarzana, California, up for sale, but sources are saying they’re keeping it a secret. Real estate insiders told TMZ that the couple’s home will not appear in the listing service, and was only given to a few realtors in the San Fernando Valley as a “pocket listing.”

They are allegedly asking for $4 million after having paid $3.95 million back in 2009 when they first bought it. Sources are also claiming that it was Kardashian who initiated the sale in order to “start fresh and move on.”

But it’s not clear whether that means she wants a new start with Odom, or if she wants to move on from her husband and begin a new life without him.

Earlier reports claimed that Kardashian wants to dump her drug-afflicted husband, but is afraid he may do something — like kill himself — if she files for divorce.

Khloé Kardashian and Lamar Odom not together despite reunion rumors >>

Meanwhile, the troubled pair was seen talking and getting along recently when they were spotted at a Kanye West concert with the Kardashian clan. Apparently, his wife’s family invited Odom to the show in order to support his ongoing efforts at getting sober.

However, just a few days later, Kardashian tweeted telling messages hinting that she was “letting go” of Odom after he was seen partying hard and getting drunk at Beacher’s Madhouse in Los Angeles. Witnesses claimed that the NBA player was “hammered,” drinking tequila and champagne until the bar closed at 2 a.m.

“In the end, only three things matter: How much you loved, how gently you lived and how graceful you let go of things not meant for you,” Kardashian wrote on Instagram.