Miranda Lambert may be the queen of country music, but she still struggles with her weight just like everyone else. She opens up about how she’s staying trim and what she thinks about her upcoming birthday. 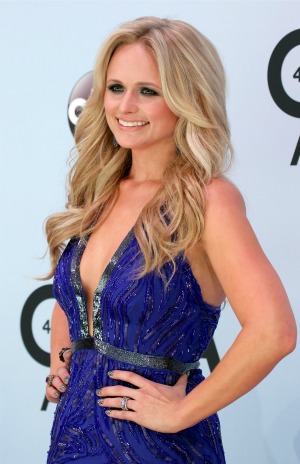 Miranda Lambert is about to hit the big 3-0, and she unveiled a noticeably thinner figure Wednesday night at the CMA Awards. The country queen reveals her fitness secrets, although it doesn’t seem like they’re necessarily intentional.

“I have been working a lot!” Lambert told E! News. “Working out and drinking juice and just running, running around.”

Lambert did say her upcoming birthday also had a lot to do with her recent weight loss. As birthdays tend to do, it made her start thinking about herself and her future.

“You know what, I fluctuate all the time in my weight — it’s really annoying — but I’m going to be 30 in like four days, so I’m like, ‘I need to get ahead of this thing!'” she explained. “Because they say when you hit 30 it doesn’t get easier. So I thought, ‘Well, you know, if I get a little healthier before I turn 30, maybe I can get ahead of the game.'”

Lambert showed up to the CMA Awards in a plunging royal-blue dress, but said she doesn’t think too much about her fashion decisions.

“I thought it was a great color and it fit great, so here I am,” she said.

The singer was nominated for three awards, and took home the coveted award for Best Female Vocalist at the award show (her husband Blake Shelton took home Best Male Vocalist). She also performed at the show along with Keith Urban.

Lambert turns 30 on Nov. 10, and told E! News that she had originally wanted to have a big party for her birthday. But now she just hopes to have a quiet night in, watching the Lion King with her husband (because he’s never seen it!).