Vanessa Carlton has revealed she canceled several tour dates due to sad circumstances: a pregnancy loss. 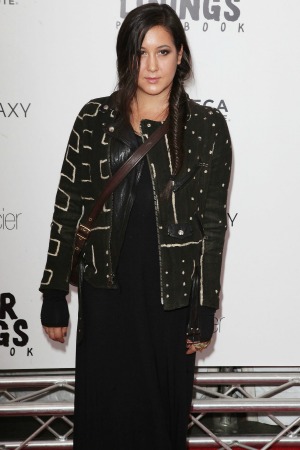 After being forced to cancel several tour dates, the “I’ll Wait For You” singer revealed that she is recovering from surgery to remove a fallopian tube after suffering an ectopic pregnancy.

“I announced that I was pregnant during the first week of tour,” she wrote. “The day after our NYC show on Oct. 15th, I was diagnosed with an ectopic pregnancy, or in my case it was a fallopian pregnancy (the embryo settled in my tube, which is the width of a straw.) This is not considered a viable pregnancy because the fetus cannot develop and it is a high risk situation for the mother because of the potential for tubal rupture and internal bleeding.”

“We caught it relatively early so I was given a shot of Methotrexate, a mild chemotherapy instead of having surgery. This would hopefully shrink the pregnancy and save my tube. My doctors didn’t want me leaving the city so that I was very close to hospital at all times.”

“This past Monday, Oct. 28th, 11 days after the chemo shot and despite our best efforts, my tube started to rupture and I was experiencing internal bleeding,” she explained. “My doctor performed a successful surgery and removed my entire right fallopian tube.”

“It is also very important to note that this is the second time I ended up in the ER without underwear! However, upon waking up the next morning in the hospital, and as my doctor was explaining to me what happened the night before, my fiancé showed up. He had flown all night. He had my underwear. My hunter green lace ones:-) I realize I am a lucky woman on many levels here.”

“Unfortunately, today, a week to the day from my emergency surgery I started getting intense nerve pain in one of my incisions. I was all set to fly to Vancouver on Wednesday but, alas, I am not ready yet. So, sadly, I will need to cancel the first four dates of my November tour — this includes Vancouver, Bellingham, Portland and Seattle. I need to stay close to my doctors and the hospital in case this initial pain turns into something more serious. I’m ready to get back out there mentally though and if all goes even remotely as planned I will be ready for San Francisco.”

Carlton added that the doctor’s theory is that a past appendectomy led to scar tissue in her fallopian tube, blocking the passage of the fertilized egg.

Now on the mend, the singer has since rescheduled several of her missed October tour dates as follows:

Best wishes for a smooth recovery!