Former Spice Girl star Geri Halliwell has been trying to revive her career, but unfortunately all Ginger Spice has done is create something “cheesy” with dismal sales. 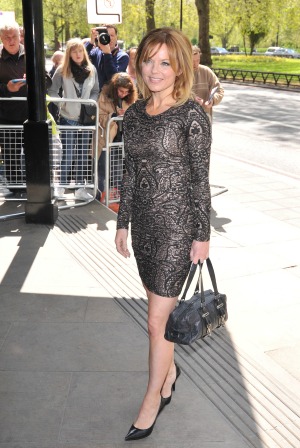 It is always admirable to see a former star try to crack the industry again and former Spice Girl Geri Halliwell has been trying hard to make a musical comeback as a solo artist.

Things appeared to be on the way up for the singer, who signed a lucrative deal with Sony Music Australia. However, something obviously went horribly wrong when it came to song choice, because sales are not going according to plan.

The “Spice Up Your Life” singer has released a new single called “Half of Me,” which has sold far less than half of what she had expected her sale figures to be.

In fact, according to the Daily Mirror, Halliwell‘s single only sold a measly 393 copies. Ouch!

The track “Half of Me” had been written with producers DNA Songs — who usually create hit singles for many Australian stars, including the The X Factor Australia winner Dami Im, but Halliwell was not so lucky!

Halliwell is the Australia’s Got Talent judge, but according to Australia she doesn’t have much talent. Not only has her new track completely flopped, but her video was clearly produced on a very low budget, which led to critics called her “cheesy” and a copycat of Miley Cyrus’ “We Can’t Stop” video.

One of the most laughable parts of the song is the fact that Halliwell sings along to lyrics that include, “I wanna have your babies, gotta have you like crazy.”

Perhaps it’s not quite time for Ginger Spice to revive her career then?