The CMA Awards highlight the world of country music, and they did all they could to focus on only the music this year. So what were the best moments of the night? 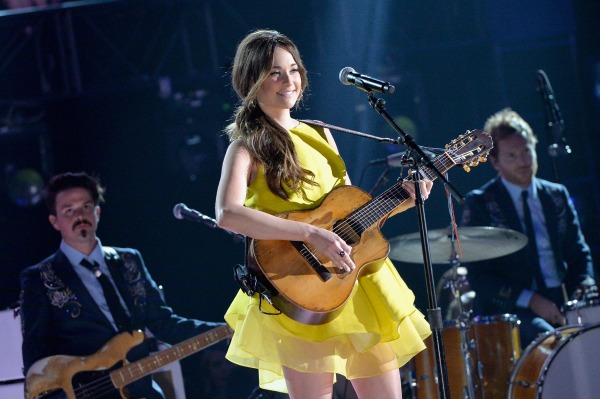 The 47th annual Country Music Association Awards went all out this year, bringing in returning hosts Carrie Underwood and Brad Paisley, and not holding back.

The show started with Underwood and Paisley singing “Why Can’t We Be Friends” talking about the different musicians in feuds. They then had Kellie Pickler hand out “feuding assignments” for different musicians, including Kelly Clarkson vs. Reba McEntire and Kenny Rogers vs. Brad Paisley.

They then went into a remake of “Blurred Lines” by Robin Thicke, where both hosts quacked, and one of the Duck Dynasty guys twerked on Underwood.

Throughout the show Underwood and Paisley appeared when needed, but the night was really focused on the music. Only the biggest awards were given out during the primetime telecast, likely to save as much time as possible to fit in all the artists they wanted to perform.

Country music veterans and newcomers performed, and the CMA Awards showed what a diverse industry the world of country music really is. Artists like Kenny Rogers, Kacey Musgraves, Blake Shelton, Miranda Lambert, Hunter Hayes and others showed the different generations of country music.

The world of country music has also been welcoming more and more crossover artists, and the CMA Awards showed that off. Musicians in the crowd that have not generally been called country artists included Sheryl Crow, Jason Mraz (who performed with Hunter Hayes), Lucy Hale, Dave Grohl (who performed with the Zac Brown Band) and Diddy. And, apparently, Seth Meyers.

Taylor Swift was honored with the Country Music Association’s Pinnacle Award. Tim McGraw, Faith Hill, Brad Paisley and others presented Swift with the award. The singer teared up while a video played showing her accomplishments at the young age of 23.

Keith Urban may have said it best when he said Swift knows how to write a country song that you can present to different audiences.

7 Sexiest moments in country music this year in GIFs >>

The top highlight of the night may have been when numerous musicians were on stage later to honor Kenny Rogers. The singer himself later took the stage along with Jennifer Nettles to finish out the set with his song “Islands In the Stream.” Rogers was then awarded with a Lifetime Achievement Award just a week after being inducted into the Country Music Hall of Fame.

One of the biggest highlights came as one of the last moments of the show. George Strait surprised everyone by beating some big names to win Entertainer of the Year.

The night was focused on the music, and offered many moments in country music history that people are likely to remember for years to come.