Sharon Osbourne has never held back with her opinions. That was evident on Wednesday when she spoke about the hosts of another daytime show with Arsenio Hall. 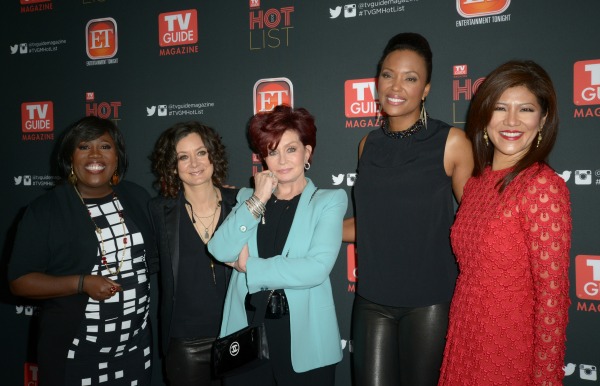 Sharon Osbourne has never been known to mince words, so don’t expect her to change when she’s asked for her opinion. On Wednesday’s edition of The Arsenio Hall Show, the daytime host was asked by Arsenio Hall about the differences between CBS’ The Talk and ABC’s The View.

He certainly got an answer that he wasn’t expecting. Julie Chen piped in first with a very politically correct answer.

Sharon Osbourne dished the dirt on fling with Jay Leno >>

She said, “We do not discuss politics. We do not debate. You know I always say The View has changed over the years as the players have changed.”

As Chen was talking the former America’s Got Talent judge made a face and tossed her red cup that she was drinking from over her shoulder. Hall humorously followed suit with his cup.

It was clear that Osbourne felt the need to add her two cents. In fact, she gave the 16-year-old daytime show some unsolicited advice.

“Stop being polite. Cut to the f****** chase,” Osbourne exclaimed, slamming her hands on the table. “This is the situation. The situation is… Barbara idolize her, divine, she is super-human. I love Barbara Walters. The rest can go f*** themselves,” quipped the 61-year-old TV personality.

While the comments certainly seemed to be tossed out there in jest, it will be interesting to see how The View panel reacts tomorrow. Will Jenny McCarthy, Sherri Shepherd or Whoopi Goldberg have something sharp to say back? Or will Barbara Walters keep her crew of ladies in check?

Tomorrow’s table of Hot Topics on the ABC chat fest sure will be interesting.