Will Smith and Jada Pinkett Smith’s marriage is intact, they claim, despite recent rumors of cheating. 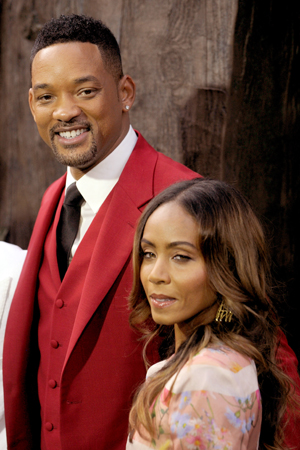 The marriage between Will Smith and Jada Pinkett Smith is going strong despite recent rumors that the Men in Black actor cheated on his wife with a co-star.

Smith jump-started major rumors that his marriage to Pinkett was in trouble when photos of him getting too close with fellow Focus star Margot Robbie surfaced. But according to a Us Weekly source, the pair is “not hooking up.”

Jada Pinkett Smith isn’t moving out on Will Smith>>

Apparently, as another insider explained, Smith and Robbie just had some fun with a photo booth that was brought in at the film’s wrap party. “It was the last day of filming and everyone was taking pictures. They were just goofing around. Will is just like that. There’s nothing more to it,” the source added.

While Smith and Robbie are quite chummy as friends, this hasn’t affected his marriage one bit and everything with Pinkett “is great.”

However, more reason for the trouble-in-paradise rumors came when Pinkett was seen without her wedding ring at the Make Equality Reality event. She also shared an odd message on her Facebook page Nov. 3 that said, “We should never have the expectation to not make mistakes, we should only have the expectation to learn from them.”

Meanwhile, when earlier split rumors swirled once again this past summer, Pinkett said that it would take something huge for her to abandon her husband.

“I have been affected by gossip and I know people who have been, too,” she told Redbook magazine in July. “I’ve seen marriages destroyed by gossip. It is cruel.”

Pinkett added that she couldn’t “think of one” thing to make her leave Smith except if it involved the children. “If he did something bad to the kids — now we’ve got a problem.”