Kerry Washington shocked the world when she announced her surprise wedding over the summer. But just as the couple is getting used to married life, her husband Nnamdi Asomugha finds out he’s been cut by the San Francisco 49ers. 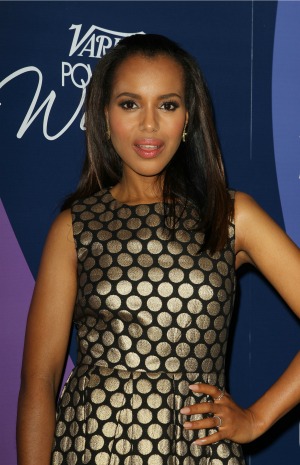 Kerry Washington has been having a good year. She announced her surprise marriage to San Francisco 49ers’ Nnamdi Asomugha this summer, and is reportedly expecting a baby with her new husband.

But now the couple is dealing with the fact that Asomugha is unemployed. The defensive back was released by the 49ers on Monday, according to the team. NBC Sports reports the decision was made because of the return of cornerback Eric Wright.

The move means the football player may now have more time to spend with Washington. But according to the Huffington Post, sources say Asomugha’s chances are “pretty good” that he’ll soon be picked up by another team (but hopefully not one that will be even further away from his wife!).

The NFL Network’s Ian Rapoport tweeted the news on Nov. 4.

With unexpected free time on his hands, Asomugha was spotted over the weekend in New York City with his new wife, who had hosted Saturday Night Live on Saturday to rave reviews.

“She was adorable, as you can imagine,” a source told Us Weekly. “She was with her husband, parents and family and friends. When she arrived to the table, they gave her a standing [ovation]!”

Variety honors the power of women in Hollywood >>

Washington was a hit too — the show saw their highest ratings since Justin Timberlake hosted on March 9. She tweeted about her experience Sunday night.

Asomugha, 32, has been in the NFL for nearly 11 years, and has also played for the Oakland Raiders and Philadelphia Eagles.

Washington and Asomugha were married back in June, but the Scandal star has been staying tight-lipped about the new nuptials. She’s staying just as quiet about her reported pregnancy.