Every new mother is apprehensive before her baby is born, but Kristen Bell admits she struggled to bond with her baby during her nine-month pregnancy. 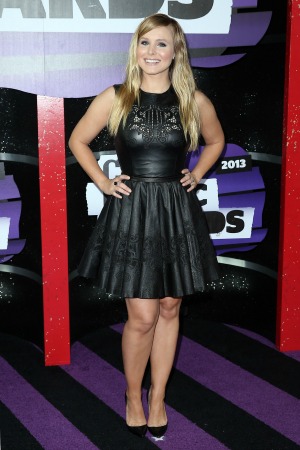 Kristen Bell is admitting something that most celebrities wouldn’t ever talk about in public — bonding with her baby late in the game. In the December cover story of Flare magazine, the actress revealed she wasn’t connected to her daughter during her pregnancy.

She shared, “I love people the more I know them, and I didn’t know her. It could have been a water bottle in my belly, that’s how connected I felt to her during my pregnancy.”

That’s a hard thing for anyone to admit, especially when many first-time mothers gush about their pregnancies to the entertainment magazines. Bell was a bit worried and she talked with her new husband Dax Shepard about those fears.

“I kept saying to him in all sincerity during my pregnancy, ‘I just don’t know how I’m going to like her as much as I like the dogs,'” said the 33-year-old actress.

The Veronica Mars star is a huge animal lover who has two dogs named Lola and Mr. Shakes. While that may seem like an absurd statement to some, Bell was struggling with her shifting hormones while she carried her daughter.

“I was being serious because I f—ing love my dogs; they are my children,” she said. “But within about 24 hours after she came out, my hormones reset and they reprogrammed my feelings about her.”

Everything is back to normal in the Bell-Shepard household. Baby Lincoln is now 7 months old and the couple recently tied the knot at the Beverly Hills courthouse for an affordable $142.