Courtney Love has made more than her fair share of bad decisions in her life, but she appears to be back on the Hollywood scene and believes she deserves a second chance. 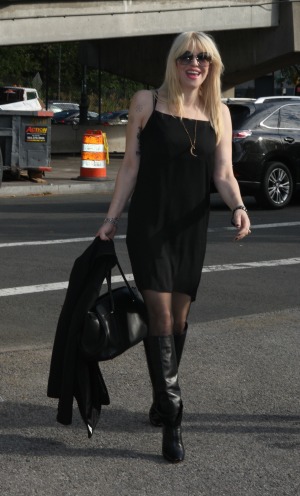 Courtney Love has a dark past riddled with drug addiction and sorrow over the death of her late husband, Nirvana frontman Kurt Cobain.

However, after seeing how other stars with addiction problems have managed to overcome their problems and achieve career success, Love also wants a fresh start.

The former lead singer of Hole has drawn inspiration from American Pie actress Natasha Lyonne and Hollywood great Robert Downey Jr. Their recovery and success proved to Love there is no time like the present to make a comeback.

Love revealed to Fashion magazine, “Listen, if Natasha Lyonne can burn down a house and Robert [Downey Jr] can go to prison for two years, I deserve a second chance. I know there is hope for me.”

The 49-year-old star has experienced what it feels like to be shunned by the world and after seeking help for her drug addiction she felt alienated.

“I got really ostracized by [fashion] after I went to rehab in 2006. After I got out, no one would dress me and I sucked it up. I went to Paris, got on a plane and I was only invited to two shows,” she recalled.

”It’s really about who you surround yourself with in your career. The next time I went back to Paris was in 2008 and I got invited to a hundred shows and the minute Riccardo [Tisci] said ‘She is my muse,’ everyone threw clothes at me.”

Love certainly does have distinctive style, whether it caters to the tastes of most women is another story. The People vs. Larry Flynt actress has been working hard at making a comeback for herself and is in the middle of creating a fashion line, a new album and she is even writing an autobiography.

One thing Love will not do though, is sell her publishing rights for a biopic on her life. She told Fashion, “I will never sell my publishing. I won’t let that happen. I still get hit on by guys because they want to be cast in that Kurt Cobain biopic that’s been in production for years.”

What do you think? Should the world give Courtney Love a second chance?

35 mins ago
by Reshma Gopaldas